ROCKIN’ AROUND … THE RAFFLE BOX 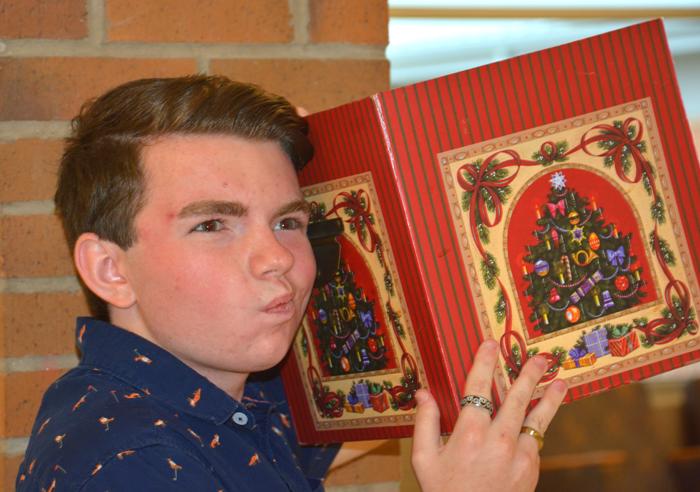 Every year, Heritage High School’s Student Government Association, also known as SGA, works their tails off trying to raise money to give to the Catoosa County Children’s Fund, a fund that was created so that families in need can pay for basic needs so that the children can go to school and get an education. During Homecoming week, SGA holds a competition where students pay money, all of which goes to the children’s fund, to vote on who should be the Homecoming emperor and empress. Also, every year they hold a Christmas raffle where students can pay one dollar in exchange for a ticket which will put you in a drawing for three prizes. There’s one big ticket item and two slightly smaller items. This year’s big item is in a long and slender box and has a retail value of $300. The second prize has a retail value of about $200 and the third prize also has a retail of value of $200. You can purchase a ticket from any SGA member or Mrs.Petteys for only one dollar each. Every single dollar will be given to the Catoosa County Children’s Fund. Last year, SGA raised $2,865 for the Children’s Fund and plans on raising even more money to give this year. You can buy your tickets from now until Friday, December 16 since the drawing for all three prizes will be on Monday, December 19. Regardless of whether you win or not, you’ll be helping the children of Catoosa County.