EDITORIAL: BEING AN UNCLE 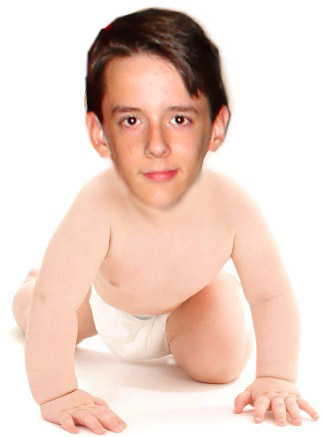 I recently learned that my sister is pregnant and that announcement has had some impact on me and my thinking. Not only will my childhood best friend be a mother, but I will be an uncle. It was shocking at first, but now I’m excited. A child will look up to me. Something like that used to seem small, but that’s crazy to me. I know firsthand how significant an uncle can be. Especially the “cool uncles” like my Uncle John, or the other Uncle John. I WILL be a cool uncle. I think they’ll like me a lot because I understand kids; I still am one. Lately I’ve been imagining some little kid getting excited when they hear that their Uncle Shane is coming to town. Elliot/Eloise and I are going to watch all my favorite movies together, I’m going to teach them how to make cookies, and we can go play in a park. I’m going to teach them all about the world, and I’ll help with anything they ever need. I really want to help give them a great life. It’s weird how attached I’ve become to this unborn child. My sister is letting me pick the middle name, which I’m going to give extreme thought about in the coming months. Elliot/Eloise and I are going to be sitting on the couch, watching a superhero movie, and I’m going to tell them about the story of their middle name. I’m not going to do Shane, because that would probably seem a little selfish. If it’s a girl, I’m going to pick Carol, which is the name of my Great Grandma. If it’s a boy, I’m probably going to do a family name too, like Sylvester. I’ve also thought about Frederick and Rhett. I’m going to make sure that they don’t get picky with food, and I’ll teach them to order something different when they go to a restaurant. For some reason I really want them to have that quality. I don’t want to be related to a person that orders chicken tenders at a seafood place. I’m going to be the best uncle ever to this future child, and I’m going to try to make sure that they are the greatest person they can be.