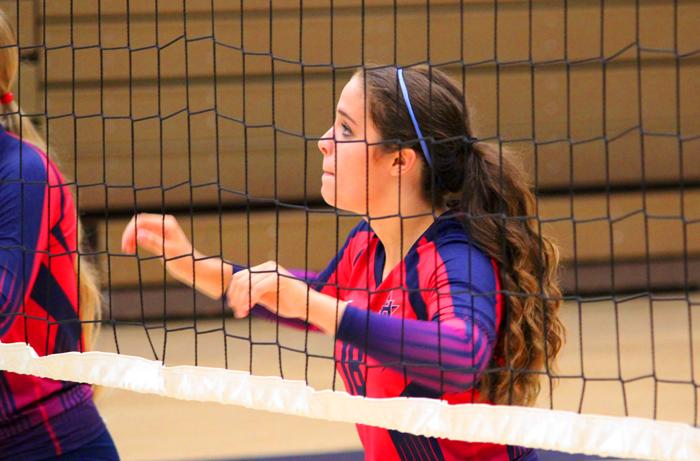 Coming off of a sixteenth place finish in the state of Georgia in the 2013 season, the remaining players at Heritage High School were not sure how the team would look for the 2014-2015 season. Losing six good athletes and the whole new starting line-up would definitely put a twist on things.

As this season has definitely had its trials, the girls are determined to continue the legacy of a State appearance and working to get to the top. The girls are ranked number forty in the state, and number eight hundred eighty three in the nation (as of 9/16/14). For the season, the Generals are 20-3-0 overall and 2-0 in the 7-A region.

The three losses were very close against cross-town rivals the Gordon Lee Trojans, the Ridgeland Panthers, and to the Northside Patriots from Columbus, Georgia.

The team traveled to Rome, GA for the Coosa Tournament, where they played teams that they don’t get to play on a regular basis. They played Northside, a very good team that is a 5-A school. The girls played very hard beating them in 1 of 3 games. If the Generals can beat Northside in one game, they can beat anyone. Seniors Brittany Burbage, Dinah Carlton, Chase Guajardo, Haley Hixon, Kaitlin Kibble, Emilia Reynolds, and Kendall Washburn are all looking forward to a great season. “Through the good times and the bad, and the thick and thin we are still going to work as a team,” said Haley Hixon, “We are going to work and play to our full potential on and off the court.”

The more the girls practice the better they get, making practice as fun as it can be. From random breaking out into singing “Johnny and June,” to the bursts of pleasure, whether it be a shout of excitement or an Indian call to show how pumped the team is, making practice fun is what makes the team excited to be there. The gym is awful quiet and the volleyball team is not about that quiet life.

On Tuesday, September 16, 2014 the Generals took on Gilmer County Bobcats and the Southeast Raiders, competing for regions win. The Generals came out victorious against Gilmer, and would later face Southeast. Heritage and Southeast have a history with each other, which made the match-up that much more important. The Generals came at a different team for this match, knowing that the Raiders would show up and be on their A game. The Generals turned into cheerleaders on the bench and on the court, and walked away with a win against their rivals.

All in all, the HHS Volleyball team is on a mission, and as of right now, it seems to be on its way to mission accomplished. “I look forward to going to State and winning,” Senior Emilia Reynolds excitingly stated.