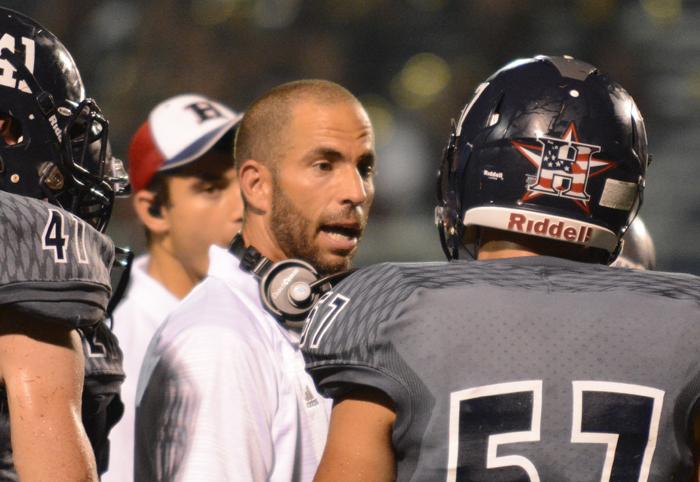 E.K. Slaughter, or better known as Coach Slaughter, arrived to our school in February to become our new head football coach. Under Coach Slaughter, our football team has done very well. We won our first scrimmage against Coahulla Creek, and during the season, the wins continued. We beat rival LFO and Dawson County in consecutive weeks.

Coach Slaughter played football for about 6 years and has been coaching for 19. He has taught at several different schools including: Red Bank, Soddy Daisy, Cleveland, Notre Dame, and Hixson. Slaughter never planned on being a coach until his freshman year of college when he was volunteering. “I just fell in love with it,” Slaughter said. The best thing about being a coach according to Slaughter is the relationships you develop with the team and the other coaches; however, it took him a while to explain the downside of coaching, which he finally answered with, “Losing has to be the worst thing.” Next, when asked what expectations he has for the team, Slaughter mentioned a couple such as: they need to be good kids, hard-working, coach-able, mentally tough, pay attention, care about the person next to them, and give effort. He has some high expectations for this team. Finally, when asked what makes Heritage different, he answered, “Our school spirit, and how every club is active in helping this school.” Coach Slaughter has already helped us overtake last year’s record and plans on doing so much more.