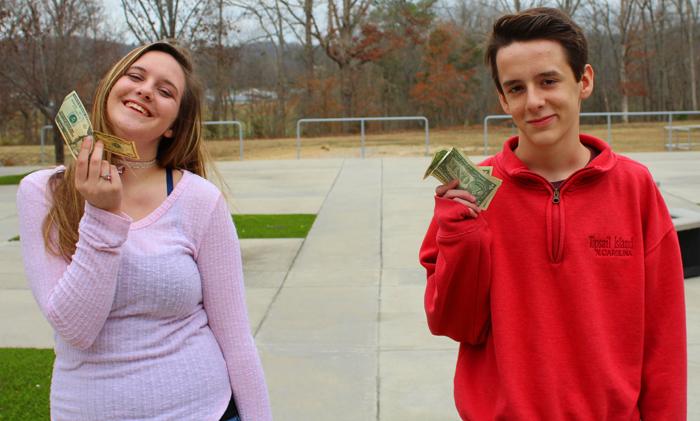 The students and teachers here at Heritage High School recently raised a total of $2,633.37 for the Catoosa County Children’s Fund, an organization that has been helping the local students in Catoosa County for nearly thirty years. Last year, we raised $2,865 at HHS, so the tradition has continued as we raised money again this year. This money was raised through the Student Government Association’s activities during homecoming and the Christmas Mystery Gift raffle. When the winners were announced towards the end of December, Hannah Wann was one of the three students to receive prizes from the raffle. She won an Apple watch as well as two athletic season passes, which was the grand prize this year and had a retail value of approximately $300. The next prize was given to Shane Morehead, who won cash, a water bottle, and candy. He also received gift cards for Buffalo Wild Wings, iTunes, Panera, and a couple of other places. The final prize went to Kim Ryan who also won gift cards and cash. The school’s faculty helped this fund during their “Dress Down December” as well. This fund operates thanks to the donations from people in the community who help to raise money. Every school year, the fund provides over $30,000 to families who need assistance in Catoosa County. Because of all of the money raised, students have more educational opportunities and their families get help with things such as utilities, food, and rent if needed. This fund helps the students in our community to decrease their barriers to education.