EDITORIAL: TOO COLD TO CHOOSE 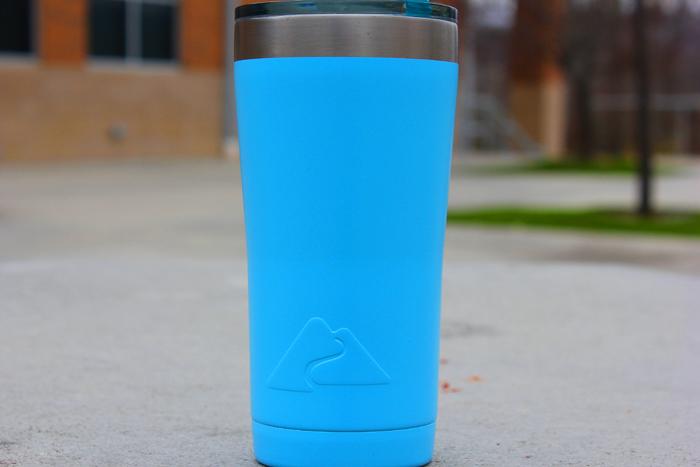 Most of you would probably say “Shalee are you crazy, the Yeti is definitely the better choice.” In my defense, I have another opinion. The Ozark cup is just as fascinating as the Yeti. Both cups include stainless steel metal that keeps any liquid a particular temperature for hours. One cup doesn’t do more than the other. For example, the Yeti doesn’t tend to keep your ice more solid than the Ozark, and the Ozark doesn’t tent to keep your water any colder. The quality is exactly the same on both sides of the cup.

Now others may argue that the quality isn’t the same, because of the major price differences. The Yeti is usually sold around $40, while the Ozark is being sold around $5-$8. The price difference doesn’t define the quality of the cups, because it simply comes down to the company’s of the brands, and how much they think they can make off the cups, if they are being sold at different prices. Now I will say, the Yeti does provide cups with selective color options, while the Ozark only provides cups in a few different colors. I do feel that it’s a great way to lure people in, but I still think it’s ridiculous to pay $40.00 for a cup, when you can very well get a cup that does the same thing for a cheaper price.

I think most people buy the Yeti just because it’s a name brand item, but from my opinion the Ozark is a name brand item as well. It has a brand name on the cup, what else is there to explain? Overall, both cups work amazingly well, but I tend to like the Ozark cups better because they do the same thing and it’s the cheaper option of the two.