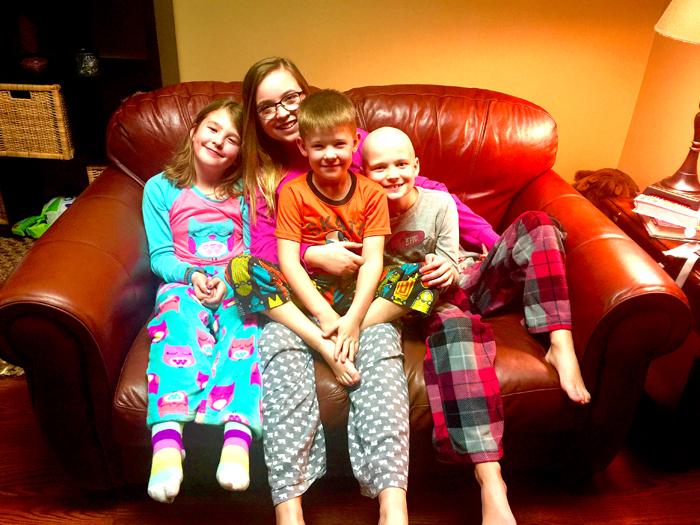 I am the first child, grandchild, and niece in my family. I was an only child for exactly five years and four months until my brother, Jaiden Sylar Patten, came along on October 19th 2007. It was a shock for me, of course, an only child at the time, being introduced to a baby who I was supposed to now share my family with. For a very small period I didn’t like the sudden change; it was weird. It wasn’t only my parents that I had to share with Jaiden, but also my weekends with my grandparents, my toys, and obviously the most important thing to a child, the amount of attention I was going to get. Nine months later my mom’s sister, Aunt Danielle–AKA Aunt Dee, had her first baby, Gwendolyn Monroe Patty. By then I was comfortable with having babies around. I really liked being a “little mom”; I loved feeding them and helping in little ways, since I was only a little over six years old at the time. Almost three years later the last cousin was born, Caleb James Patty. I loved taking care of them, playing with them, and seeing how much and how fast they grow and develop.

I am quite significantly older than each of the kids in my family. I am five years older than Jaiden, six years older than Gwen, and nine years older than Caleb. You know what they say; the first born is always the smartest. But is that true? In the Leipzig study, a small difference in intelligence was found, firstborns tended to be slightly more intelligent than their younger siblings. The researchers also discovered that there were differences in how smart people thought they were, with first-born children being more likely to agree with statements such as “I am quick to understand things” than their younger siblings. They also agreed that they had a richer vocabulary and had more “out-of-the-box thoughts.” Research suggests this might be due the eldest child’s social status in the family. In my immediate family, I am the more mature and creative one whereas Jaiden is the more rambunctious and spirited one. I believe that in most families this is true (older equaling more intelligent and mature).  It is very rare that I have ever met a younger sibling who is more mature than their older sibling(s).