IN THE CITY OF STARS … THERE ARE FOOLS WHO DREAM 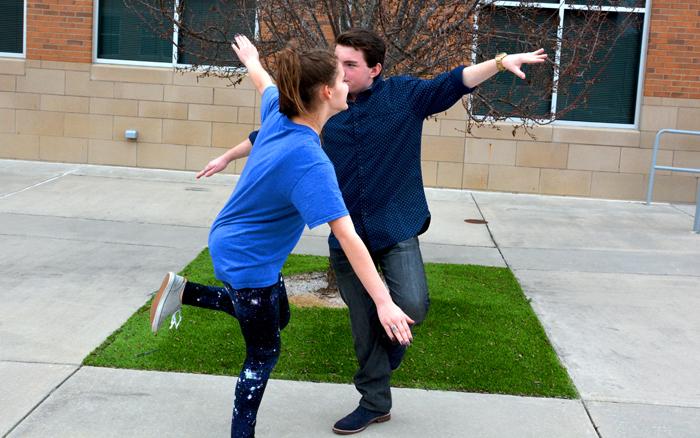 Damien Chazelle returns to directing after making the critically-acclaimed movie “Whiplash,” to make “La La Land.” “La La Land” is a musical set in Los Angeles that is about a jazz pianist and an aspiring actress that fall in love and the trials they go through. When it comes to this film I could easily describe it in two words: Oscar-worthy. First, let me talk about Ryan Gosling. Ryan Gosling has been a hit or miss with me. Yet in recent years with movies such as “Drive,” “Only God Forgives,” and “The Nice Guys;” he has caught my attention and made me realize that he has a ton of potential. This movie, for me, confirms that he is a good actor. In this movie he nailed just about everything. He got the humor done with such charisma, his dancing was on point, and the piano scenes are flat-out astonishing. For anybody that doesn’t know, he actually learned how to play the piano for this movie and it came very naturally to him (which made co-star and musician John Legend envious). When he sat down and got on the piano, he went into beast mode when it was required and you saw the intensity of it all. Whenever he got up from the chair his hair would be messed up and you could even see some sweat running down his forehead. Emma Stone…wow! Her character was so relatable. She’s like Nadine from “Edge of Seventeen.” They’re just your everyday person. She works at a coffee shop on the Warner Bros. lot and lives with four of her friends and has problems finding love. Her vocal talent is really impressive. Her character however, isn’t fleshed out as much as Ryan Gosling’s Sebastian was. John Legend is thrown into the mix as well as a former music partner of Sebastian’s that is made out to be a shady person from his actions in the past. His character is very subdued in the story. He only has about fifteen minutes of screen time. J.K. Simmons is also thrown into the mix. I was little disappointed since he only has about two lines. The cinematography in this piece of art is really good. It’s not “The Revenant” good, but it actually makes Los Angeles look like a beautiful city. I wouldn’t mind living in this fictional depiction of Los Angeles…just saying. The soundtrack is really good. While in the theatre my favorite song was “Someone in the Crowd,” performed by Emma Stone and other actresses; what I realized is that watching it alongside the choreography made it great. The song “Start a Fire,” performed by John Legend, is easily the best no choreography needed. The ending was too good to be true. I feel like that if Christopher Nolan directed a musical that’s what the ending would probably look like. My main problem with this movie is that at one point there’s like a twenty to thirty minute stretch where there isn’t any music. I didn’t hate it; I was just disappointed. In the end, is “La La Land” as phenomenal as everyone is making it out to be? No, but it is a pretty good movie that deserves most of the awards it’s won.