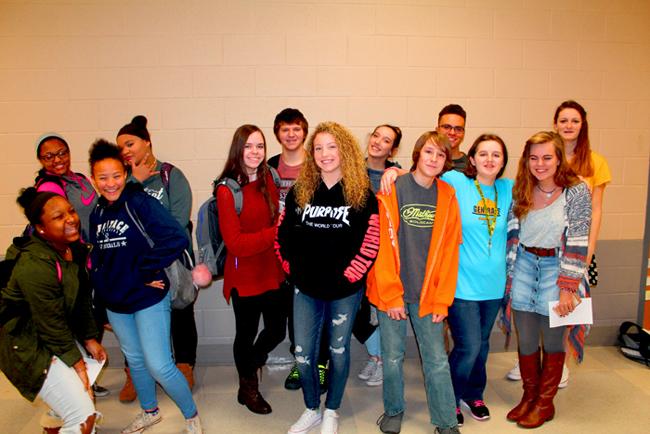 The annual talent show is coming up, and there are many talented people that will be performing this year. This show was originally organized and created by Mr. Broom, one of the Spanish teachers, but it has now been taken over by Ms. Wells, who is the head of the fine arts department. Heritage High School has been holding these talent shows since it first opened, and we have a variety of talents every year. Many students in the past have sang, danced, and even had comedy performances. With having closed auditions this year, there will be more of a surprise when it is time for the show since students have not seen their peers’ performances yet. All of the students that will be performing are Caleb Atkins, Noah Sims, Kimi Carter, Jeffery Minor, Megan Courtney, Nyzaih Moore, Nyasia Toney, Kazmin Williams, Mariah McCrary, Connor Harlan, Grace Driskell, Hannah Wann, Ashley Crump, Erin Lord, Anna Driskell, Lizz Adams, Maya Jaffar, Seth Carter, Jake Frogge, Gracie Wilson, Kylie McGee, Danyelle McNabb, Kaitlyn Kirby, and Nathan Forehand. The show will be hosted by Caleb Atkins this year. Freshman Jeffery Minor is one of the students that will be performing, and he says that he thinks he will be entertaining since he will be different from many others as a comedy act. When asked, he said, “I hope they will enjoy [my jokes] and laugh. I hope everyone in the crowd at least giggles!” Looking forward to the talent show in February, we can all be excited to watch friends perform the acts that they have been working on for the past couple of months.