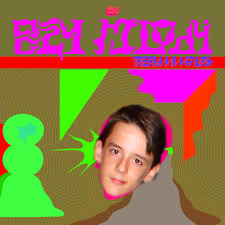 The band The Flaming Lips released a new album recently called “Ozcy Mlody.” I’ve never really listened to much music outside of my realm of comfort and familiarity. It was a totally new experience for me. The first song shares the name of the album “Ozcy Mlody.” It had no lyrics, but I don’t think it needed any. The unusual sounds were calming to me. The second song “How?” has lyrics. I couldn’t figure out the meaning or correlation of the lyrics at some points. Nonetheless I enjoyed listening to it. One of the songs later in the album “Listening to The Frogs With Demon Eyes” bore a strange title like the others, and lasts about seven minutes. While it’s usually not a good thing when songs are that long, I enjoyed all of those seven minutes.  Out of the twelve songs in the album, it was my favorite. I had less difficulty understanding the lyrics, and I could find some connection to the title; the song had frog sounds playing at the end. Another song I liked was “Sunrise (Eyes Of The Young).” I really loved the words in the song. Two lines that I particularly enjoyed were “Sun beams burning my child dreams/The machine that brings me joy, now it’s just a stupid toy.”  “The Castle” was upbeat, the beat was pleasant, and it had good lyrics. “We A Famly” seemed more like a normal song. The beginning was my favorite part. Miley Cyrus sings in “We A Famly” which doesn’t fit in at all with the other songs and doesn’t even make sense in “We A Famly.” “Ozcy Mlody” overall is a good album and it surprised me. The buildup is slow, and it takes a while for the really good songs to start playing, but it was worth the wait.