EDITORIAL: TOO MUCH MONEY? 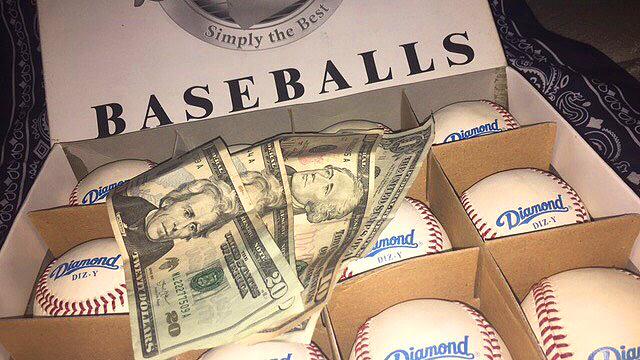 Did you know that that average Major League Basaball player makes over $4 million a year? Yes, that is right, $4 million. That is a huge amount of money! Now, I am not saying that this career is easy by any means. These players spend most of their time at practice, workouts, games, and traveling; they do not get much personal time. However, did you also know that the average salary for a neurosurgion is only a fraction of an MLB player? The average salary for a neurosurgion comes in at just under $400,000. A neurosurgion will spend about 14-16 years in school after graduating high school: four years in college, another four in medical school, and finally six to eight years in residency after medical school. However, someone who has only graduated high school without any time in a college or junior college can get drafted into Major League Baseball. Personally, I think that is a little crazy. I mean, just think about it. Someone can spend twice as much time in school, and yet, not even make a fourth of a Major League Baseball Player.

It is not just baseball players who make such a large amount of money from a sport; NFL players also make a huge amount of money as well as NBA players. Andrew Luck, quarterback for the Indianapolis Colts, made an average of $24,594,000 in 2016. Once again, I am not saying this goes without hard work and dedication. I, personally, just think that it is kind of insane to see how much money someone in the professional sports industry makes compared to doctors, and really compared to any career.