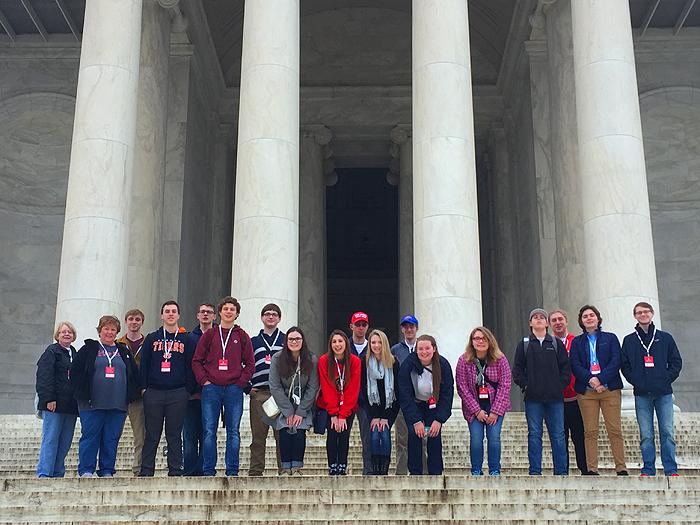 The first HHS school trip to Washington D.C. began when a group of 21 students left on January 18, Wednesday night, on a bus that would take them all of the way to D.C. The students who went were from all grades. They spent two days sightseeing across the city, but one day was reserved for the Presidential Inauguration that took place. They also visited some of the numerous historical sites that are in D.C., including the Arlington National Cemetery, the American History Museum, two of the 19 Smithsonian Museums, and the Washington Monument. Mrs. Lane, the head of the social studies department, first had the idea of being there for the inauguration presented to her several months ago and helped to make this trip possible. Seeing Donald Trump sworn in as the president was definitely an interesting event for everyone watching at home and for the people who were there, no matter your political views. After returning on January 22, Mrs. Lane explained to me, “I enjoyed watching a peaceful transition of power.” Even during the cold weather, they were all excited to watch the inauguration take place in person. When I asked sophomore Julia Castleberry what she thought about the trip, she told me that she liked the “atmosphere of D.C.” and thought it was very different from what she is used to. Mrs. Lane is hoping that this trip can become a tradition so future students will have the opportunity to see more inaugurations on Heritage trips.