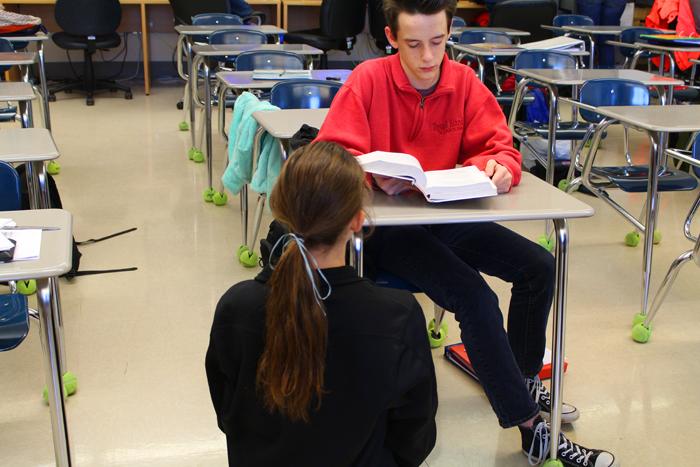 If you like good television, look towards Netflix to watch this series called “Lemony Snicket’s Series of Unfortunate Events.” The show follows the three Baudelaire children, all of which are exceptionally brilliant.  The oldest child, Violet, is the inventor and can take ordinary items and make them extraordinary. The middle child is Klaus, a bookworm who likes to spend his time learning in libraries. That leaves the youngest child, Sunny, who doesn’t have an extensive vocabulary but makes up for it with her incredibly sharp teeth. The show itself centers itself around the unfortunate death of their parents in a mysterious house fire that left them with nothing but each other, the clothes on their backs, and a strange item young Klaus found in the rubble of the Baudelaire mansion and the following events afterwards. With an actor, named Count Olaf, wanting nothing but the children’s inheritance, it leads us into an amazing show with an amazing cast.

The plot was oddly paced, but it worked out really well. At some points it felt really slow and drawn out almost like the writers were dragging their feet. At other points it moved quicker and seemed like it was rushed to be finished. For some reason it all worked.  The show almost felt like it was a cartoon instead of a depressing story of three children who lost their parents. It just worked to where you were sympathetic to the children but laughing at the “hijinks” made by The Count. The acting was phenomenal. Neil Patrick Harris really worked well as The Count because the character was so over the top and outrageous and he portrayed it really well.

Overall, the show was great. The acting is amazing and the way it makes you feel is great. This show was greatly written and had amazing technique in the way it was directed. I’m already excited for season two. It’s just so good that you can’t look away.