EDITORIAL: THE MAN BEHIND THE CAMERA 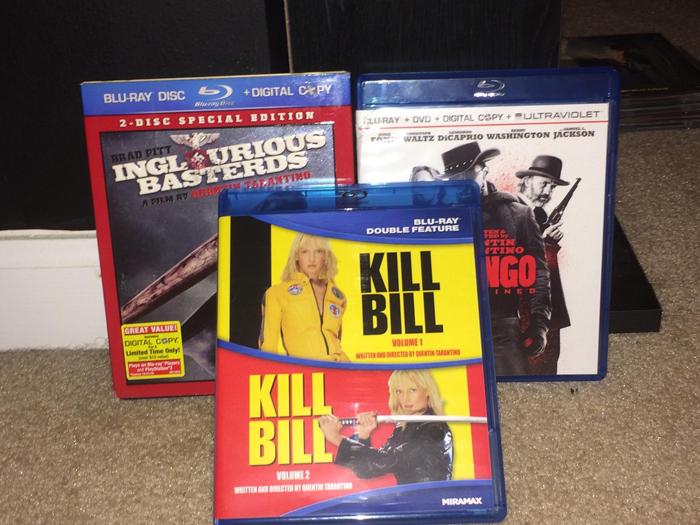 Ever since he made his directorial debut with the film “Reservoir Dogs,” Quentin Tarantino has quickly become one of the greatest directors in Hollywood. Some may argue that his movies are more style over substance. Those people are both right and wrong. Are some his movies more style over substance? Yes, (I’m looking at you “Kill Bill Vol. One”) but the style is used to enhance the story telling. I feel that he’s matured as a filmmaker over the years.

I’m not saying “Death Proof” is better than “Pulp Fiction” I’m just saying that he has learned more about directing after making each movie. What make his movies, though, are two things: snappy dialogue and action. First let me talk about the dialogue. It is very quotable; with “Pulp Fiction” being most quotable of his movies. Any part where Jules and Vega are talking always seems to have a quote that becomes popular over time. For example, “What do you call a quarter pounder with cheese?” and who can forget that memorable moment when Samuel L. Jackson recites a passage from the Bible (“My name is the Lord, and I will lay my vengeance upon thee”)? When it comes to his other movies; “Django Unchained” comes second. My favorite quote from the movie is “I like the way you die, boy.”

Now let’s move on to the action. It is always entertaining when a character goes into beast mode and lets the villains have it. “Kill Bill Vol. One” excelled at this. The most memorable scene from that movie is when The Bride tracks down one of her attackers and fights the “Crazy 88” clan. Another scene to mention is the “Bear Jew” scene in Quentin Tarantino’s 2009 war film “Inglorious Basterds” in which a Jewish soldier goes berserk on a Nazi with a baseball bat. I also like the fact that he is a general lover of movies. His passion for film really shows and has helped him make great movies. In conclusion, Tarantino has truly cemented his legacy in Hollywood.