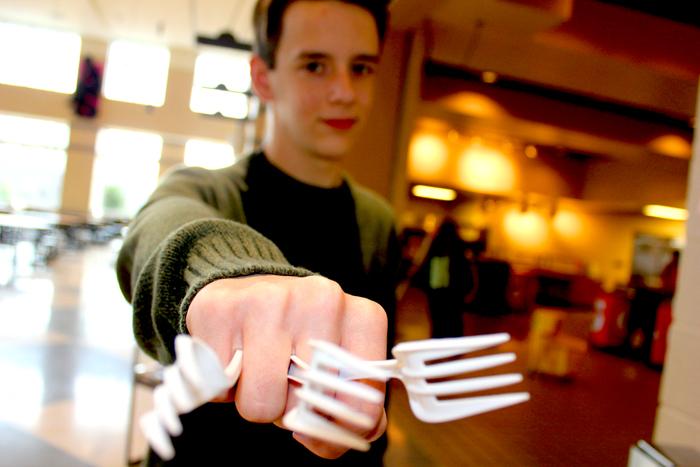 A new trailer for the third solo Wolverine movie “Logan” was released last week. The trailer starts with a girl eating Pringles in a gas station, and the clerk tries stopping her so that she’ll pay for it. The mysterious girl then knocks the man to the ground, and Logan/Wolverine pulls her away. My favorite part of the opening is that the scene subtly reveals the location of the movie as Texas by showing the stand that has drink coasters that say “I Heart Texas” and one that simply has the Texas flag on it. That definitely clarified it for me, because the last trailer made it seem like it was a dystopia much like “Mad Max.” Now it seems like a mild dystopia, because Pringles and convenience stores still exist. It’s still obviously far into the future though, because of the condition of Charles Xavier, and the deteriorating healing factor of Wolverine. The trailer shows much more combat than the previous trailer. It also gives better light of what exactly the girl featured in the trailers can do. In the middle of the trailer, the girl extends two metal claws from her knuckles. The trailer also shows her doing a ridiculous front flip to kill someone attempting to take her. While the first trailer has a Johnny Cash song, the second trailer takes a completely different turn by having a song called “Way Down We Go” by Icelandic indie rock band Kaleo. The trailer made me less hesitant about the movie and it clears important things up.