WELL … THAT WAS THRILLING 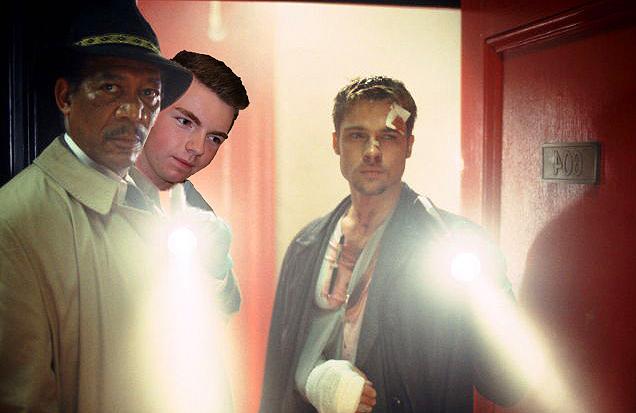 The 90s were a great time for thrillers. “The Silence of the Lambs,” “Se7en,” and “The Usual Suspects” are just a few of the many great ones that came out during this decade. Unfortunately, thrillers aren’t made like they used to be. Many thrillers have chosen to replace tension and stress-inducing dialogue with chase sequences and more than likely, a story that involves a shady corporation or man that wants something desperately. One thing that made thrillers from the 90s so great, was that they took the time to flesh out their characters. Take for example Clarice Starling from Jonathan Demme’s academy award winning film “The Silence of the Lambs.” That movie spent an extravagant amount developing her character and it really helped the audience care about her character and by the end of the film when she’s in a dark basement people started having sweaty palms and a heart that was pounding harder than Thor hitting something with his hammer. “Se7en” also excelled at this with Morgan Freeman’s character. While not many details are explained to us about him we can tell by the way others treat him and how he acts that he has seen some stuff over the years as a detective.

Secondly, in 90s thrillers (for the most part) tension was what drove the story. Not some random chase scene. In “The Silence of the Lambs,” the conversations between Jodie Foster’s character, Clarice Starling, and Anthony Hopkins’ Hannibal Lecter, elevated the stakes of the entire story. Dennis Villeneuve’s thriller “Prisoners” also did a superb job with this by making two little girls the victims and establishing early on in the film that time is of the essence or else something horrible might happen to them.  Now days, things are a little different in thrillers. While I’m not saying that “Argo” is a terrible movie but the tension at the end of the film is built solely on whether or not some Iranians were going stop the plane and catch the Americans trying to flee the country.   I thought that was rather disappointing for a movie of that caliber.  The only time where chase sequences build up the tension in a thriller was in Michael Mann’s “Collateral.”

Good thrillers are a dying breed and I feel that Hollywood needs to take a second look at how to make good thrillers by analyzing films such as “The Silence of the Lambs” and “Se7en.”