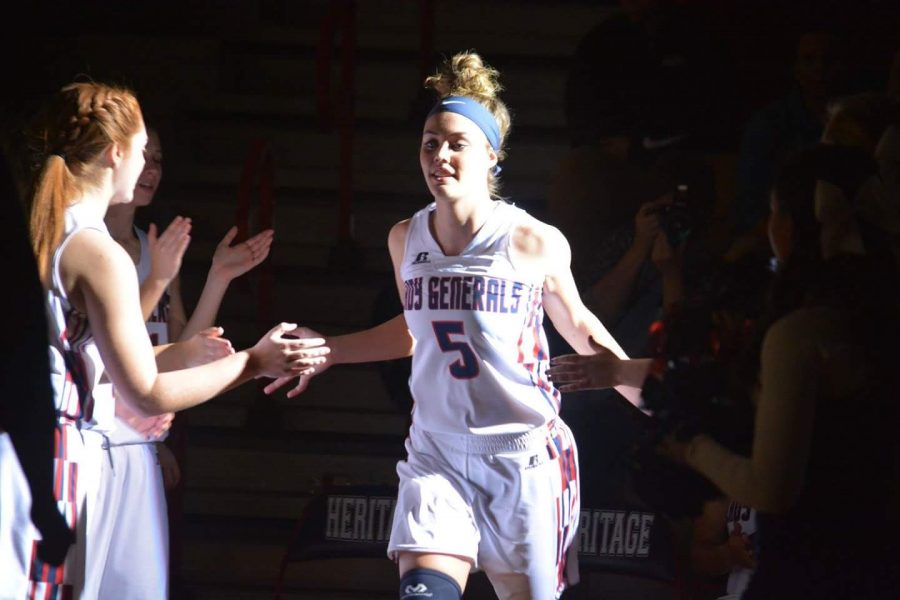 On January 24, senior girls’ basketball player Sydney Smith achieved an awesome accomplishment when she scored her 1,000th point in her high school career while playing Pickens County. She is having a great season this year, averaging over ten points a game.  When asked how it felt to score her 1,000th point she said, “It felt pretty cool especially being only the fourth player to do it”. This feat is made even more spectacular because basketball is not her main sport. She primarily plays softball and is committed to play softball at The University of West Georgia. But even with that, she is focused and excited to help her team win the region championship this year. When asked how she feels about the team’s chances of being back to back region champs she responded confidently saying, “I think if we keep playing like we are it will be easy to repeat”. The girls’ team is currently sixth in the state in class AAAA according to Max Preps, and they also having a 22-2 overall record. Like Sydney said, their path to a second region championship will be easy if they keep playing like they have been. They currently sit in first place in the region with a 9-1 record. If they keep this number one spot, they will have a smooth ride to the region championship and a state tournament bid. As long as Sydney keeps playing like we all know she can, her playing will carry them very far in the region tournament and eventually the state tournament.