EAT A BOWL OF THIS! 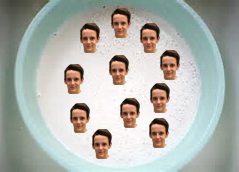 Cereal is the go-to breakfast food for people who either don’t have enough time, or they’re too lazy to cook something. There’s nothing wrong with that, though. We live in a society where just about everybody wakes up before the sun does for work or school. I personally have trouble walking down two flights of stairs to take a shower at 5:30 in the morning. I could never make eggs that early. Cheerios are the only cereal that I would call boring. They taste alright with fruit in them like bananas, blueberries, or strawberries. The only cereals I don’t like are ones with chocolate in them. Chocolate cereals are lazy and unoriginal. It’s just the same old trick with someone taking a food and making it chocolate flavored. It’s probably not good for the targeted consumer: children. It’s the equivalent of giving your kid a glass of milk and two chocolate bars every morning. My favorite cereals are granola cereals. I don’t really care or know if it’s healthier, I just genuinely enjoy the taste and texture of them. I used to like Life cereal, but they were on sale at the grocery store, so my Mom decided to get ten boxes. I’ve been eating Life for three months now. I used to enjoy it, but now I feel like I’m drinking sugary milk. Lucky charms are pretty much marshmallows mixed in with creatively shaped Cheerios. Froot Loops are my favorite sugary cereal. The only bad part is that the name of the cereal is misspelled. Somebody really smart noticed the plain Cheerio and made it colorful and tasty. Froot Loops (it pains me to type it that way) are the cooler younger brother of Cheerios. Cereal is a part of a lot of great memories for me, and a good store bought breakfast.