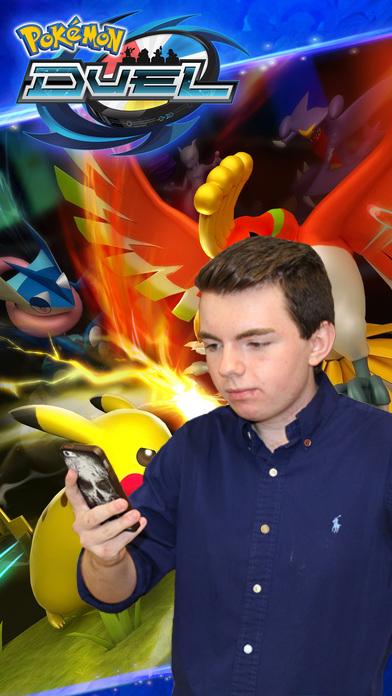 After the mega-hit app of the summer of 2016 that was “Pokémon Go;” we are finally getting another Pokémon game called “Pokémon Duels.” This game is a turn-based game as opposed to “Pokémon Go” which was augmented reality. A turn-based game is when two people take turns to try to win the game. In this game you use figures based off of Pokémon characters and you have them battle it out and move across a board with a goal of getting one of your figures onto a certain circle which will end the game. I’m not really a fan of Pokémon, but I’m not a hater either. I just don’t really care that much. So, I didn’t have that high or low of expectations. This game is entertaining but it does have some rather big flaws. When the game is downloaded and you finally open the app, a message appears saying it has to download over four thousand files. I was exasperated when I saw this. I had already waited a good amount of time for the app to download and then I had to wait even longer amount of time (which meant I couldn’t do anything else on my phone). Believe me when I say that it takes an absurd amount of time download. Each individual file takes about thirty seconds to a minute to download which really adds up when you have to wait for several thousand files to finally upload. Once that is finally over with another issue came up… an extremely long tutorial that doesn’t help the player all that much since the majority of the stuff they tell you is self-explanatory.

The tutorial for the game isn’t that long…it’s the other pointless info they point out. For example, a message literally told me that the shop is where you can buy new Pokémon. That’s not the issue, the issue is that the game made me click on the shop icon and gave me a several minute lecture on what all you can do in the shop. Another big flaw is that the game is more style over substance. In the intro to this game it sets up this story about how you’re competing in this tournament to win a massive skyscraper on an island. That plot gets quickly thrown out the window once the tutorial is over with. That being said; the game is still enjoyable. The strategy part of the game makes your head think and the battles keep you in a constant state of panic since you can’t choose what your Pokémon does. That’s right you have no control over the battle. A wheel is spun and whatever the needle lands on is what your character does. The graphics are actually pretty good. You can tell the artists took a lot of time when doing everything especially with the Pokémon figures. Also, the game gives you an astounding amount of gems in the beginning, that way you can get really good and rare Pokémon. This is great since that way you don’t have to automatically shell out a ton of your hard earned money to actually make any progress in the game.

While this game was entertaining, I can tell I’m not going to keep the app on my phone for much longer. I would say on a scale of one to ten I would give it a six. It’s entertaining but ultimately forgettable.