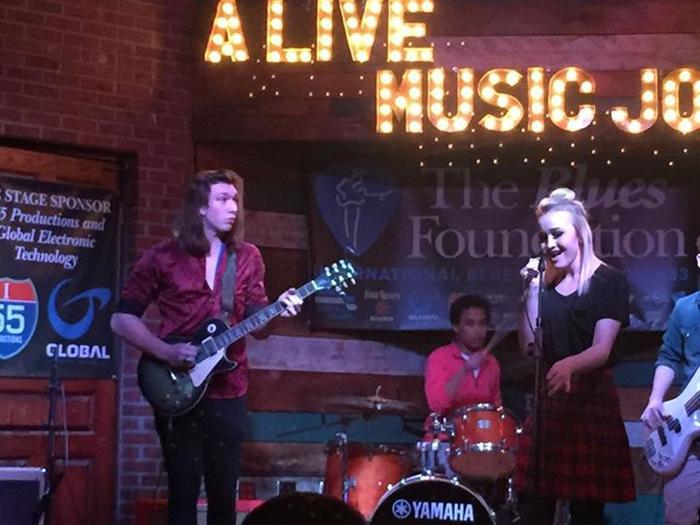 On February 3, the band 6th Street Blues had a performance for the International Blues Challenge Youth Showcase Event that was in Memphis, Tennessee. This band has several Heritage High School students in it, including Chelsea Ketchersid, John Hooper, and Roland Pullen, who are all in the HHS band as well. The guitarist, Aaron Carney, is currently homeschooled. They have all been playing together for around two years now. Chelsea Ketchersid was the last one to join as the group’s singer. According to her, “We were already friends… They liked my deeper voice since it’s blues and I kind of just stuck in the band.” With a singer, they could then do competitions like the one this past weekend. They practiced regularly to prepare themselves for it. At first, they practiced once a week, but then increased it to twice a week when it became closer to their performance. For them, practicing was a mixture of running through their set list and playing what they wanted to. They sometimes like to play music other than blues as well. When I spoke with Chelsea Ketchersid, she told me that she thinks that they have a unique bond; “I love having all of these memories with all of my boys.” On their performance, she stated, “We had a crazy burst of energy like we’d never performed before.” This seemed especially remarkable to me since they have been playing together for such a long time.