EDITORIAL: IT’S ALL ABOUT THE MONEY 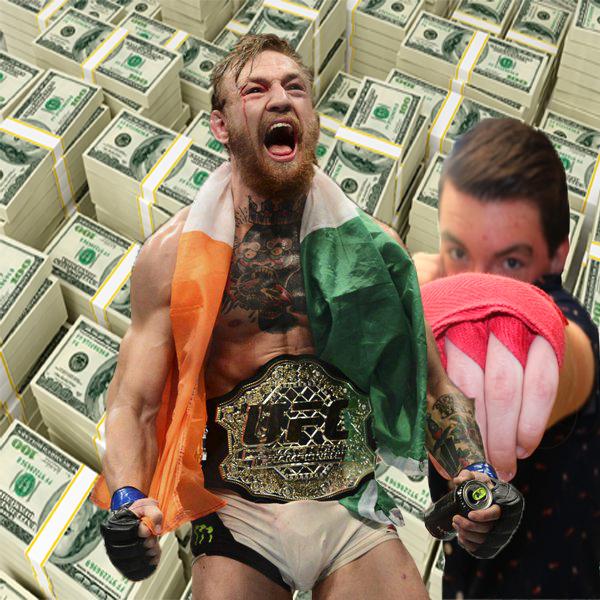 The fight between UFC superstar Conor McGregor and boxing champion Floyd Mayweather becomes more and more possible and unavoidable by each and every single day that goes by. It becomes even more possible with companies knowing that millions of people could order the fight on pay-per-view. That possibility has become hard for Floyd Mayweather to ignore. Mayweather even said that the fight can happen and that “[Conor] is a tough competitor. He has proved throughout the years in the UFC that he can fight standing up. We’ll have to see what the future holds.” McGregor himself said “Once we come to a set number that I’m happy with and he’s happy with, then we go to the customers, then we go to the promoters, the buyers, then we get it done. So that’s next. I’ll go to Vegas, we’ll figure the situation out and we’ll come to a dotted line and then we’re going. This is happening.” I think that we should let them fight. This fight between Conor McGregor and Floyd Mayweather would be like watching Godzilla fighting King Kong. Imagine how big this would be. The two biggest names in UFC and boxing going at it in the boxing ring. I still have a side of me that wants to panic whenever this subject comes up. While I am a huge fan of Conor McGregor; he has a huge ego and he’s very cocky. I have a feeling that when he gets into the ring he will think that he’s invincible and let Mayweather get a punch or two in. Mayweather is a hard hitter so the possibility of getting knocked out from one punch is a clear and present danger. If I had to predict the fight I would say that (if Conor keeps his ego in check) the fight would last four rounds and a minute and thirty-eight seconds into that round, Conor would knock out Mayweather with his cross. A fight between Floyd Mayweather and Conor McGregor would be THE event for all MMA and Boxing fans.