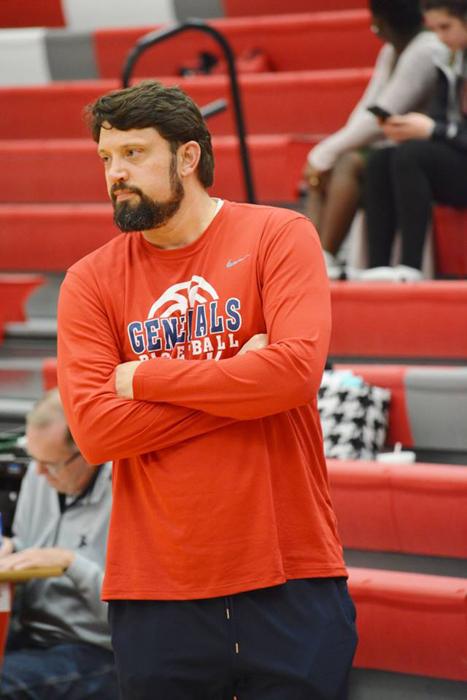 The Heritage boys’ basketball team has had a very up and down season this year. They started out the season dominating their opponents and looking like one of the better teams to come through Heritage. This lasted for awhile but ultimately wasn’t the case for the whole season. They had their own rough patch, just like any sports team will go through. They lost a couple of heartbreakers and had some games that they just couldn’t get anything going. Even with the inconsistent play, the boys went into the region tournament, on Feb. 9-10, as the third seed.

We played Ridgeland on Feb. 3 to secure the third seed and play Lafayette in the region tournament on Feb. 9. Well, our boys’ went in there and played their hearts out but they fell to Lafayette 44-43 on a miraculous last second shot. This loss didn’t knock them out of the region tourney but just made it to where if they won their next game, they’d have to travel for state. They did just that, as they took down Ridgeland again, 55-50 and finished third in the region and are headed to state.

The girls’ team went into their region tournament as the second seed because they lost a coin flip against Northwest. Yes, a coin flip decided the seeding for the first and second teams. Well it didn’t matter because both Heritage and Northwest made the region tourney final and NW came out on top, 72-49. Sadly, the girls’ couldn’t bring home the region but they will be hosting a state playoff game for the second year in a row.

Whether we are hosting the state game or have to travel far far away, our boys’ and girls’ are going to need Taj Nation behind them, so show up and be loud!