SINGING WITH THE BIG KIDS 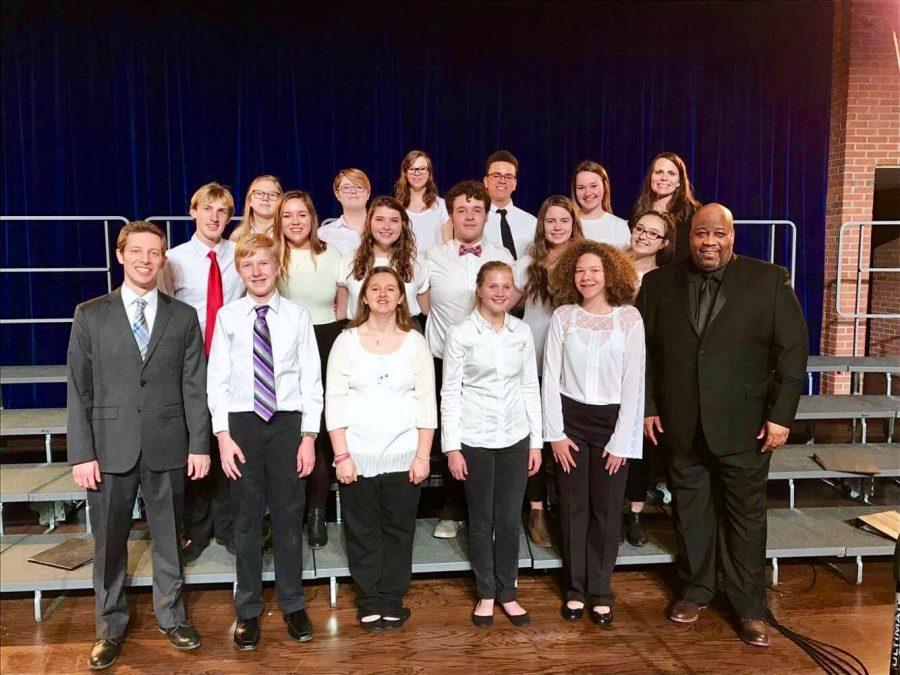 On February 10 and 11, 18 Generals from the Heritage High School choir performed a free concert at Lee University’s Conn Center with the Lee University Honor Choir. I spoke to three of the girls who participated: Erin Lord, Heavynne Daniel, and Jordyn Gass. “We were spilt up into different groups. He put the girls in a group, and we learned three pieces of music. Then the guys were put in a group, and they also learned three pieces of music. Then we sort of mixed together, and we learned two big pieces of music,” said Heavynne Daniel, a freshman, when asked what went on at Lee University this past weekend. “It was a lot of fun; we got to eat on campus with the college kids. It was an overall good experience. Everything was very rushed, and the schedule was packed. It definitely helped prepare me for college,” said Jordyn Gass.  She continued, “I was really nervous actually; there were a lot of bigger kids there, and there were a lot of people.” For sophomore Erin Lord, it was a piece of cake: “I did it last year, so I really wasn’t nervous. It was just a lot of fun.” For some of the other students, it was a different experience. “I was really nervous going into a college campus actually. There was a lot of bigger kids there and there was a lot of people. I felt really small, especially since I was in a pretty big group,” said Jordyn. Overall, going to Lee University was a great learning experience, and I’m sure our Generals had a lot of fun also.