EDITORIAL: DON’T TALK ABOUT IT 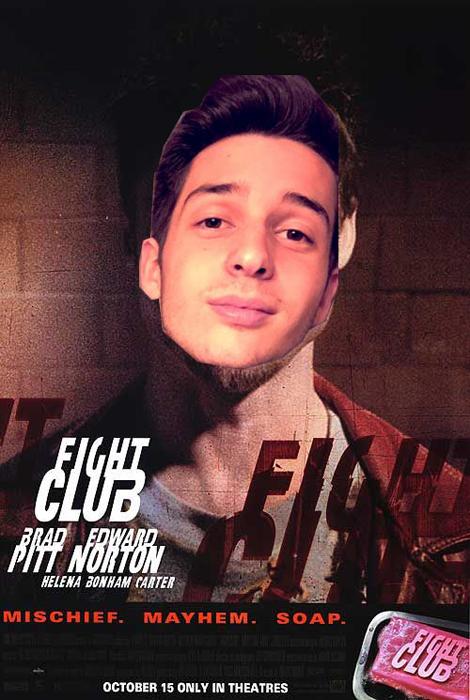 If you have never seen the movie “Fight Club” before, I feel very bad for you. This movie is a cinematic thrill and honestly one of my favorite movies of all time. It features Brad Pitt and Edward Norton as the star roles. I’m pretty sure everyone knows who Brad Pitt is but you may not know Edward Norton. If you have never seen a movie of his, I highly suggest watching “American History X” and “Primal Fear.”

Now, let me get back to “Fight Club.” This movie came out in 1999 and is a timeless classic. The movie is all about a guy who has insomnia and meets a guy on a plane. At first you don’t think he’s that important, but then when Ed Norton’s character gets back to his apartment, he finds out that it has blown up and needs a new home. He then calls the guy he met on the plane, Brad Pitts character, and starts living with him. Later in the movie, the two main characters start a fight club in the basement of a bar. As the movie goes on the club gets more and more popular and spreads around. As they get bigger, the two main characters turn the club into a group of domestic terrorists.

Now all of that barely captures the amazing-ness of this movie, but I don’t want to spoil it or talk it up too much. I highly suggest watching this movie because it has the greatest twist ending in any movie ever. Yes, I completely mean that. Now, go watch this movie and you’ll see why I and many others love this movie so much.