TO BE FRANK, HE’S A GREAT SINGER 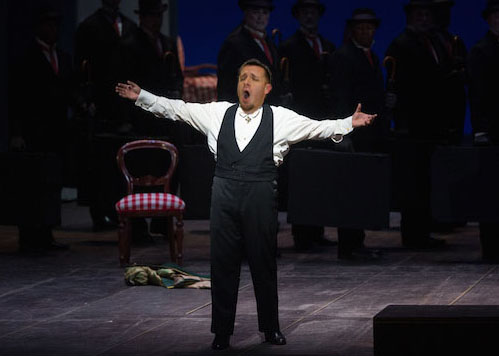 Mr. Deston Franks, a Counselor here at HHS, is becoming a school star after performing a cover of “What Faith Can Do” by Kutless in the talent show. His amazing performance blew everyone away; it was truly unexpected. I got a chance to interview Mr. Franks and ask some of the questions that everyone has been wanting to know the answers to. Mr. Franks went to Lee University and was involved with the Campus Choir. “As a kid, I had always grown up around music. I sang my first song, alone, at church when I was 11,” said Franks. When asked what his biggest music inspiration was he said, “Honestly, it has just been music as a whole. I haven’t had one single person that has inspired me musically. It has just been growing up listening to numerous types of genres and feeling the different passion in different types of music that has propelled me to always be involved with music in some way.” Mr. Franks said that his favorite part about singing is “the feeling, how it makes me feel, trying to get into what the song is talking about, and feeling the passion from that.” His favorite genre is Christian music, and it’s his favorite to perform. “Any song with a Christian focus is my favorite to perform. However, my favorites to sing in the car … fluctuate between power and falsetto … like, Justin Timberlake or Sam Smith. I blast that in my car,” said Mr. Franks. He has worked at Heritage High School for quite some time now, and I was curious as to why he waited this long to share his gift with the school. “To be honest, I’ve emailed Mrs. Peters about [performing in the talent show] for the past three years, and every year I back out because it is very intimidating to stand in front of over a thousand young people, but I finally overcame that,” he said. We are glad he finally shared his talent with us, and hopefully, this won’t be the last we’ll hear of Mr. Franks!