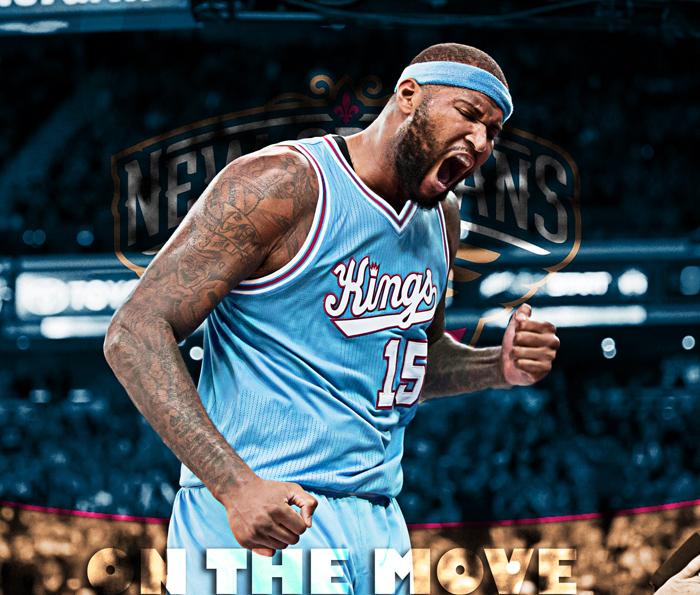 Every year in the NBA, at the end of February, the focus is always on the NBA All-Star weekend. All basketball fans look forward to seeing people compete in the three point contest, dunk contest and the big momma of them all, the All-Star game. This year, if I’m being completely honest, the weekend was kind of a dud. The three point contest was anticlimactic, the dunk contest did not live up to the hype that last year gave, but the All-Star game was very entertaining. We got to see players just do as much crazy stuff as they want and no defense was played at all. We got to see two former teammates put aside a rivalry and play together again. The All-Star game definitely saved the weekend for basketball fans. Now what happened after the game and what could possibly happen in the next few days is when this time of year is really fun.

Right after the game, the news broke that the Sacramento Kings traded their all star center, Demarcus Cousins, to the Pelicans for rookie Buddy Hield and a first round pick. This move sparked uproar from Kings’ fans and really the internet in general. Since the beginning of the season, the Kings’ front office seemed very firm that they were not going to trade Cousins and try to work out a long term deal with him. Well, they went back on their word and shipped Cousins out to New Orleans, teaming him up with all star power forward, Anthony Davis. This dynamic duo, if they develop chemistry, could be huge for this Pelicans team. This Cousins move is the first big trade of this trading deadline period. The trade deadline is on Thursday, February 23. This gives teams in the NBA three days to make any deals because after Thursday, teams can’t trade until the offseason.

One team that has trades circling around them like buzzards on a dead animal is the Boston Celtics. The Celtics are one of the youngest teams in the NBA and are currently the second seed in the Eastern Conference. Many people believe they are one more superstar away from making a Finals run. Well the Celtics must see this need too because they are having lots of trade rumors. One big one is the Celtics trying to move their Brooklyn Nets pick for all-star guard Jimmy Butler. This would be a huge addition for this young team, and could help them make a deep run in the playoffs. Celtics are also in rumors surrounding, small forward Paul George, center Andre Drummond, and small forward PJ Tucker. The most likely deal to me seems like Butler to the Celtics. With all this going on, these next few days will be like a movie.