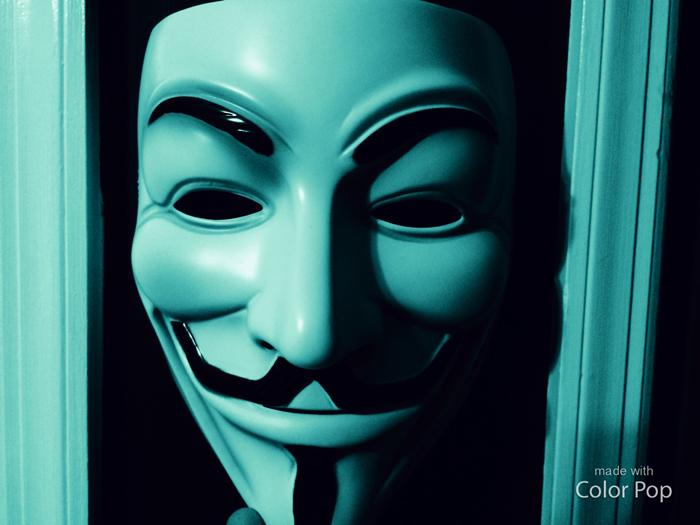 I vividly remember watching the Wachowski siblings’ hit science-fiction “The Matrix.” The action, the score, and the mind-blowing stunts were stuff of legend and I hadn’t seen anything like it. After my first viewing of “The Matrix,” I was determined to watch more movies that the Wachowskis had worked on. The one I was determined to watch was their 2006 film “V for Vendetta.” Even though they just wrote the script I wanted to watch it anyway. When I got around to watching it at the age of 12 I was bored and was utterly disappointed with what I had just witnessed. Instead of a loud and intelligent action film like “The Matrix,” I watched a political drama with a lot of exposition and only a few (but still shocking) action scenes that felt all too realistic as opposed to the sometimes bonkers action of “The Matrix.” I felt betrayed. I had just wasted two hours of my life. Flash forward four years. In honor of its tenth anniversary, all of my favorite critics on YouTube did reviews of it. Jeremy Jahns went on and on about how good it was and even declared that it was “awesometacular.” Chris Stuckmann even did a review and gave it an A+. I was stunned by the fact that they actually liked it. How could they possibly like this boring movie with almost no action in it? After hearing their arguments, I pondered whether I should hit up Barnes & Noble and try to find a copy of “V for Vendetta.” In the end, I gave in and went to Barnes & Noble and bought the special edition that had been released just a year or two before. Later that night (probably close to midnight), I popped the movie in. I thought to myself “what am I doing? I already know I’m going to hate it. I could be watching “King of Queens” or “Law & Order: SVU” instead of this.” I went into the movie hating it based on what I had witnessed before…I finished the movie and was stunned by what I had just seen.

“V for Vendetta” takes place in future Britain, in which the government has now become a totalitarian style legislature in which Muslims and others that are considered “degenerates” are banned. Free speech is very limited and there’s a strict curfew put on the citizens and the cops themselves are corrupt criminals. One night, a woman named Evey (played by Natalie Portman) is caught on the streets after curfew and is almost assaulted by the police. Yet, a mysterious man stops them and takes Evey to witness an act of terrorism that he plotted. Horrified; she runs away and tries to forget about everything that just happened. Unfortunately, her efforts don’t work. The man, known only as “V” keeps returning and she eventually finds herself awaking in his house. After hearing everything V has to say, she joins him in attempt to take down this oppressive government. What follows is a gut-wrenching and emotional journey about what it’s like to live under an oppressive system and what people will do to fight it.

Hugo Weaving (or as I like to call him “King of the nerds”) is a genius. He can do just about anything and pull it off. He was the sinister “Agent Smith” in “The Matrix,” he was an abusive, alcoholic veteran in “Hacksaw Ridge,” he was even the king of the elves, Elrond, in the “Lord of the Rings” series. Here is talent is put on full display. His acting is top notch (which is saying a lot since his face is covered by a mask for the entire movie) and he does a great job igniting the passion and rage inside V. He also does a stellar job in his first scene. His action is on point and the fact that he remembered a speech with at least 40 words that start with the letter V. Natalie Portman is phenomenal as Evey. She is able to pull the emotion and vulnerability out of her character so perfectly that some scenes are downright unbearable to watch; especially the scene where she is taken to prison and have her hair forcibly shaved off and she screams and cries as if she was being killed or tortured. Her character Evey is without a doubt the most likable character in this movie. This isn’t saying much when the movie is full of criminals, corrupt politicians, and revolutionaries that use extreme methods to protest the government. I believe that her performance is criminally underrated (probably because this was released just after the “Star Wars” prequels which starred Natalie Portman). Now let me get started on John Hurt’s captivating portrayal of Chancellor Sutler; the head leader of the government. John Hurt is able to make Chancellor Sutler so sinister that he is a great cinematic villain. He is Hitler. He wants to eliminate anyone that speaks out against the government, has materials that were banned by the government, or chooses a certain lifestyle. While I’m gushing over this movie; it isn’t without flaws. The problems with the film come toward the end. In the final action sequence the movie becomes very much like a comic book. You can see where V’s weapons were because there are these ridiculously long “motion blur lines” that follow his weapons and there are some slow-mo shots involved as well. It’s just so appalling to see a movie that is very much grounded into reality take a turn and become more on the lines of comic book it’s based off of. It’s not like “Sin City” where the whole thing is supposed look exactly like the graphic novels. Then there’s the movies grand finale. Essentially, almost every citizen dresses up as V to protest the government. My question is…what tyrannical government would allow the so-called “Guy Fawkes” masks to be available to the public after what had happened in the past?  Some might argue that the masks were homemade. If they were then why are they so professional looking? In reality, if the masks were homemade they would probably look like a piece of cardboard with some sharpie markings on it. Point in case; the masks are a problem that needs to be addressed. Also, what I love a lot about the film is that it is so dang quotable. A lot of things that come from V’s mouth are rallying cries for the people. “Ideas are bullet-proof,” and “the people shouldn’t be afraid of their government; the government should afraid of its people,” are just the icing of the cake of all the powerful quotes. Finally, I love the moral ambiguity of the film. It makes you think about ways you should protest.  For V, the only way to make a statement and get what you want is by propagating terrorism and blowing up buildings that symbolize something or attacking corrupt officials. As oppose to Evey who is horrified by everything V does; and goes as far as turning her back on V and betraying him by warning a man that V is coming for him.

In the end, “V for Vendetta” is a real heart-stopper that makes you feel empowered at the end that deserves more recognition and respect than it gets. I feel that if we just give it a little more time people will start to recognize the film and how impactful it is.