THE MADNESS OF MARCH 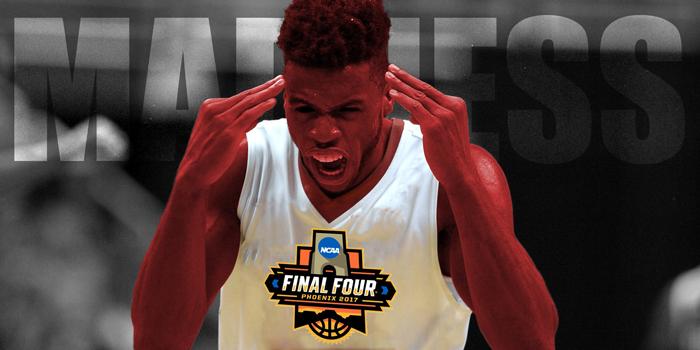 March has finally rolled around, and this means the start of college basketball “March Madness.” If you don’t follow college basketball (CBB) or you just live under a rock, you might not have ever heard the term “March Madness.” Well, this term is used in CBB because the month of March is when the CBB tournament starts and it is the best time of the year for sports fans. The tournament always features the best games to watch and always has people glued to their phones or TVs. The CBB tourney, if you don’t know already, is the largest tourney in any American sport. The tourney consists of 64 teams all battling it out to be the last team standing. You can probably see why so many people are obsessed with this time of year.

The first round of the “March Madness” tournament starts on March 14, and the final game–the game to decide it all–is on April 3. This means all basketball–or just sports fans in general–will be glued to the scores for almost a month. These games are ones you never want to miss, because they are completely unpredictable. In all of the tourney’s history a 16 seed has never beaten a one seed but I don’t see that lasting much longer. Two seeds lose to 15 seeds; three seeds lose to 14 seeds, etc. This unpredictability makes everyone hop in front of their TV sets just to see who will be the first team to be upset. Also, people have turned this tournament into a game where you can make a serious amount of money. Nobody has ever made a perfect bracket, ever, and that is one thing I absolutely never see happening. There are so many probabilities and outcomes that no one will ever be able to predict it. Now, that doesn’t mean everyone in the world isn’t going to try, I mean when the prize for a perfect bracket is 1 billion dollars, who isn’t going to try? Forget Christmas season, “March Madness” is the best time of the year.