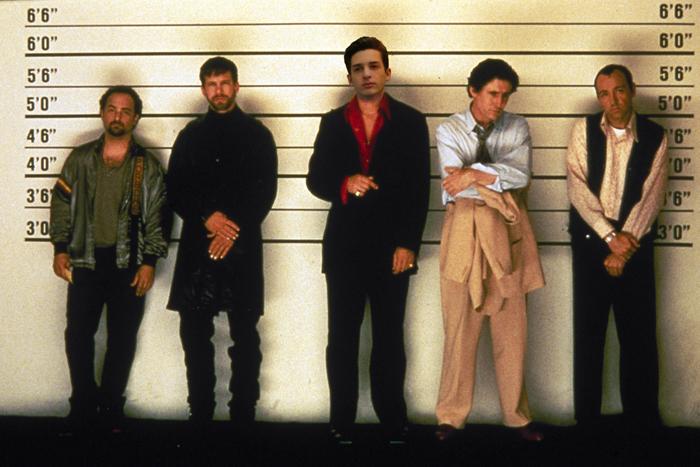 Movies and music always seem to be my best way to escape from the real world and just be encapsulated with something else. If my mind is in a whirl and I know I’m over thinking something, I will put on some good music or watch one of my favorite movies. Movies help me escape because when you’re watching a movie you love, it’s impossible to focus on anything other than that movie. Ever since my freshman year, I have been absolutely obsessed with movies that have phenomenal twist endings. My favorite movies of all time are “The Usual Suspects,” and “Primal Fear.” If you haven’t seen these movies, they all have one specific thing in common. They all have amazing endings that you would never see coming. Both of these movies are in my top five favorite movies because of their endings. I fell in love with the movies from the very beginning but their endings left me in so much shock that they became my favorite movies.

“The Usual Suspects,” my favorite movie of all time, is about these five criminals that are called into a police lineup for an artillery truck being robbed. These five guys are brought together and when they get out, they all join forces and commit many crimes together. Well, their whole story is being told by the only character who survived, Verbal Kent, to a detective because they found him as a witness to a boat explosion. As he tells them the whole story of his crimes, another survivor is telling another detective about the scene. This survivor is a mobster from another country and just came out of a coma. While the detective is trying to get some information on the scene, the mobster spills the name, Keyser Sozë, who he calls “the devil.” When the detective who interviewed the mobster gets the other detective to ask Kent about Sozë, he yells a profanity, which shows he did not want to be asked about him. Kent goes on to tell the story of Sozë, and how every criminal knows his story and fears him. Kent then tells him that Sozë’s lawyer comes and recruits them to work for Sozë and commit crimes for him. The gang of criminals get word of a drug deal that is supposed to be going down on a boat and that there is millions of dollars for them to steal. As they go through the boat, Kent tells the detective that he was told by their “leader” to stay back. While he sat waiting on them, we see them pick off every single person on the boat and come to the realization that there are no drugs on the boat. While all of this is happening, a mysterious person is killing all of “the usual suspects” and by the end only has one left, their leader, Dean Keaton. Kent tells the detective that he saw Keyser Sozë kill Keaton and couldn’t stop him. The detective says, “Why didn’t you try to save him? He was your friend, you had a gun.” and then Kent holds up his crippled hand and says “How do you shoot the devil in the back? What if you miss?” This line is one of many lines that just made me fall in love with the movie. I don’t want to spoil this movie for you so I won’t tell you the ending, all I’m going to say is you need to watch this film and have your mind blown.

“Primal Fear” is about an archbishop in Chicago that is brutally murdered in his home. While the news is covering the murder, the cameras catch the cops chasing a teen boy who is running from the scene, covered in blood. Obviously, he is the lead suspect and is going to be put on trial for the murder of the archbishop. Martin Vail, the lead character and a veteran defense attorney, takes up the case to help the altar boy, Aaron Stampler. While he is defending him, incriminating evidence after incriminating evidence is found on Stampler making it difficult for Vail to defend him. Not to mention that Vail is completely working pro bono. Then, a breakthrough for the defense comes into play, Aaron’s split personality disorder is shown and we find out that he has a whole other personality named Roy. Roy is a personality he created to get out his anger and do the things Aaron would never do. Vail first plead not guilty, but with this new evidence he wants to plead insanity. This is unheard of in the courtroom and could be professional suicide. The turn of events that happens in the middle of the movie has no match for how the movie ends. Again, I will not spoil it for you; all I’ll say to you is go and watch it.

These two movies aren’t the only movies with amazing twist endings, obviously. Other movies I highly recommend are “Fight Club” and “The Sixth Sense.” These movies have great endings and in all are fantastic movies. When you get home, pop some popcorn, lay down on a couch or bed, get comfortable, and put these movies on for the night. I promise you, that you will fall in love with them and watch those 100 more times after the first time.