NO HOME FOR ROMO 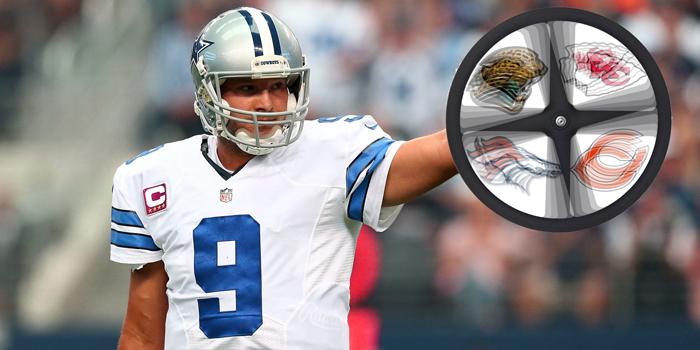 Tony Romo is no longer needed in Dallas as a quarterback. Anyone who watches the NFL or even keeps up with the league knows why he is no longer wanted. Dallas had two rookies on offense that took the league by storm. Dak Prescott became a quarterback sensation by playing like a veteran even though he was a rookie, so now Tony is on the trade block, and there are many teams that could use a veteran talent like him. The teams with the biggest need in my opinion are the Denver Broncos, Houston Texans, Chicago Bears, and the Jacksonville Jaguars. Denver seemed like all they needed this year was consistent quarterback play, and Romo could give them that. Pair that with a bruiser like CJ Anderson they could be lethal on offense. Now the Texans are a popular pick as to where Tony Romo will end up. They just traded Brock Osweiler to Cleveland and many people think that was to clear up space for Tony Romo.  It also seems more and more likely that the Texans will give DeAndre Hopkins an extenstion on his contract. The Bears could also use Tony Romo because they no longer have Jay Cutler to rely on. I do not think this deal with happen however because the Cowboys can get nothing from the Bears. Jacksonville is the last team that I think has a shot at landing Tony Romo. Blake Bortles is looking more and more like a bust with each passing day, so they definitely need a quarterback in Jacksonville. My pick as to where that Pro Bowler quarterback will end up is the Denver Broncos. I think the Broncos’ front office is serious about making another Super Bowl run. Plus they are pretty good at taking an old quarterback and winning a Super Bowl. However no matter where Tony Romo ends up you can be sure that team is better because of it.