OUT OF THE DARKNESS 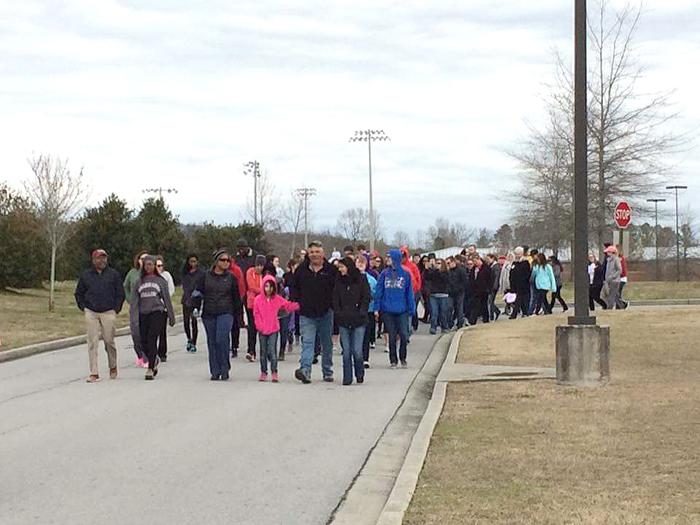 On Saturday, March 11, there was an “Out of the Darkness” campus walk here at HHS for everyone who wanted to come­­. This was to remember the students Ethan Gerrells and Nathan Leal. The money raised on Saturday went to the American Foundation for Suicide Prevention, an organization that works to decrease the number of suicides across the country. To attend the walk, everyone registered online before March 10 or the morning of the walk. As everyone began showing up at around eight, there were other AFSP items that could be purchased then. The walk officially began at nine. There were several different things there to buy, but the bracelets that were also sold during lunch towards the beginning of March were there as well. These were one dollar each, and there were two different designs. Both had “unfinished;” written across one side of them, but one design had Ethan Gerrells’ name, and the other had Nathan Leal’s name on the opposite side of the bracelet. On the inside of the bracelets, the birth date and death date was written as well. In January, we had an “unfinished” week, and several students and teachers bought the shirts that were made. This campus walk was planned by some of the students here, including Bryce McDaniel, Isabelle Hill, Caleb Atkins, Hannah Colston, and Patrick Redman. The school counselor Ms. Allen also assisted in making this walk possible. This campus walk is only one of the many things that Heritage has been doing for suicide prevention lately.