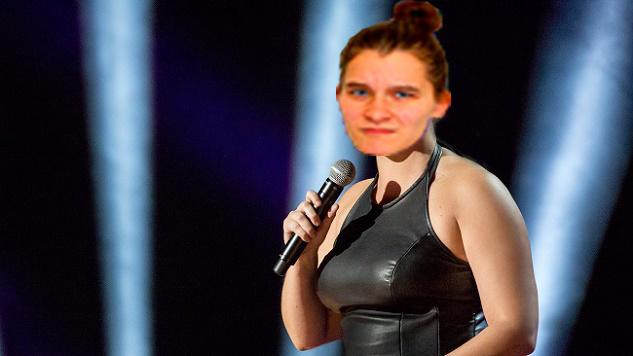 Amy Schumer’s newest stand up special on Netflix, titled “Leather Special” debuted in March. While most of her specials have gotten great reviews and positive feedback, this one has not been as popular as she wanted. She comes out on the stage in a full leather bodysuit and proceeds to make wild, provocative, and inappropriate remarks regarding her own body and life, making the audience and everyone watching uncomfortable beyond belief.

“Los Angeles Times” stated about the scarring experience, “If Amy Schumer’s Special was as funny as it is dirty, it would be the next step in her drunken walk of shame toward world domination. This show is mostly full of the unapologetic raunch that’s contributed to her success: detailed descriptions of her messy personal life, vivid references to her bodily functions and other aggressively TMI moments — none of which can be reprinted here.”

A critic review on IMDB said “It’s hard to tell if the totally unfunny, boring, overlong material of Amy Schumer’s latest act is just an anomaly, or if talented, edgy Schumer is no more. This was awful. I really wanted to like The Leather Special. I think Any Schumer is funny, having seen her previous stand up acts and that Bill Hader movie. She told clever jokes. The Leather Special has no jokes. I didn’t laugh once. My wife didn’t laugh once. Amy describes gross subjects while making gross faces. That’s it.”

However, when hearing these remarks and negative comments, Schumer blamed trolls and Trump supporters. The liberal comic claims that the show was hijacked and the special was never bad in the first place, which didn’t surprise anyone, considering she also talks about how much more famous and rich she is in her special.

I will not be watching this special to form my own opinion on it, reading the reviews was scary enough to imagine. However, if you think it might be better than described, be my guest, form your own opinion, just don’t invite me to watch with you.