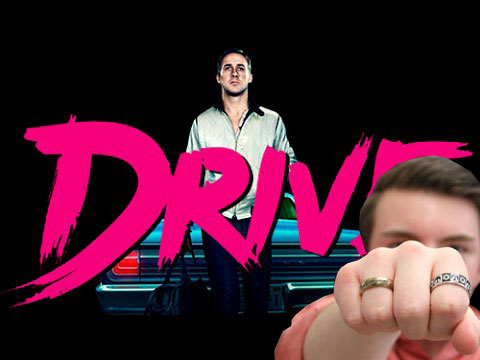 When it comes to art house films, one of two things usually comes to mind: a masterpiece that gets a lot of Oscar buzz or an overlong, boring film that is too artsy. The term “action” doesn’t normally come to mind. My all-time favorite art house film is Nicolas Winding Refn’s 2011 film “Drive.” While a lot of regular audience members blasted the film for not featuring enough action despite what the trailers promised (A woman even sued the filmmakers due to “misleading” trailers). This film was also shrouded in some controversy due to some saying that the film is anti-Semitic and that it supposedly promoted violence against those of the Jewish faith (which led to another lawsuit against the filmmakers).   I feel that “Drive” is a near perfect action masterpiece.

“Drive” is about a young man known only as “Driver” who is a mechanic and stuntman for movies by day and by night…a getaway driver for criminals. Soon, he befriends the woman and her young son that live next to him. He then becomes attached to the family. The woman’s husband is then released from prison and is forced to participate in a dangerous heist. Things go very wrong during the heist and the woman and her offspring are in peril. To rescue them from harm, Driver picks off the mobsters one by one.

This film is so shockingly brutal. When it comes to movies by the end of the run time people start laughing at every single over-the-top death. That is not the case with “Drive.” Outbursts of violence are shockingly graphic. Blood and gore permeate the film. You can hear the bones crunching breaking from every damaging impact.

Ryan Gosling’s portrayal of Driver is certainly different. He doesn’t have a lot of dialogue, yet, he is the most interesting person of the bunch. More than likely due to the fact he lives such a lucrative and dangerous life at night. The soundtrack is astoundingly good. It has a techno-‘80s vibe. I really liked Oscar Isaac and Bryan Cranston but not Ron Perlman. I’ve seen him in a good amount of movies and I just don’t like him as an actor.

“Drive” is the pulse-pounding film everyone should watch for at least once their lifetime.