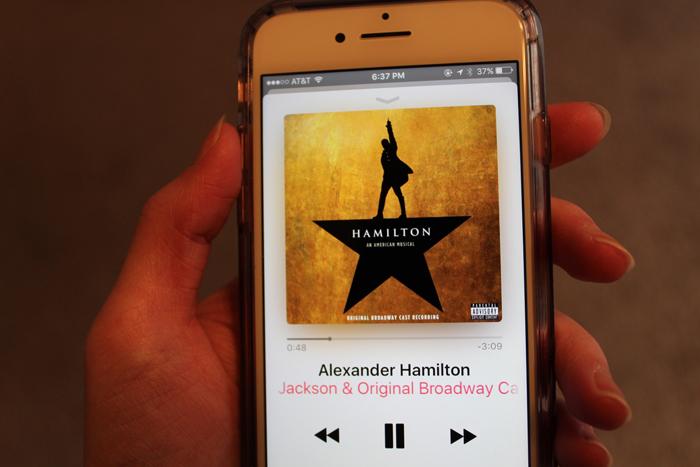 I first started listening to the musical “Hamilton” that was created by Lin-Manuel Miranda several months ago, and like many other people, I fell in love with it pretty quickly. The more that I listened to it, this Broadway musical started to seem amazing to me. Sure, it’s not perfect and there are some little things that I wish would have been done differently, but I still think that it’s an overall great piece of art. The music performed by each person fits the character’s personality, it has a lot of history in it, and the story focuses on a character that is “rising up” from bad circumstances after living a life of destitution and trauma. The more you know about this character, the more impressive he seems; he even created the New York Post just so he could complain about his colleagues.

The music is different from what most people would expect from a musical, but as someone with a history in theater and art, I’m just glad that this is broadening the audience that would normally watch shows like this, even if there are negatives to that. This show has won many awards and has been seen by celebrities and politicians alike, including past president Barack Obama. Because of that, I was extremely surprised and excited when I was able to get tickets to go see it in August this year. I’m planning on going up for the weekend right before my birthday, and I can hardly wait to see such a famous show. Even without the original cast, I think it will be incredible to watch a show that has things in it like strong feminism, the ever-changing experiment that became a nation, and the strength that writing can give you.