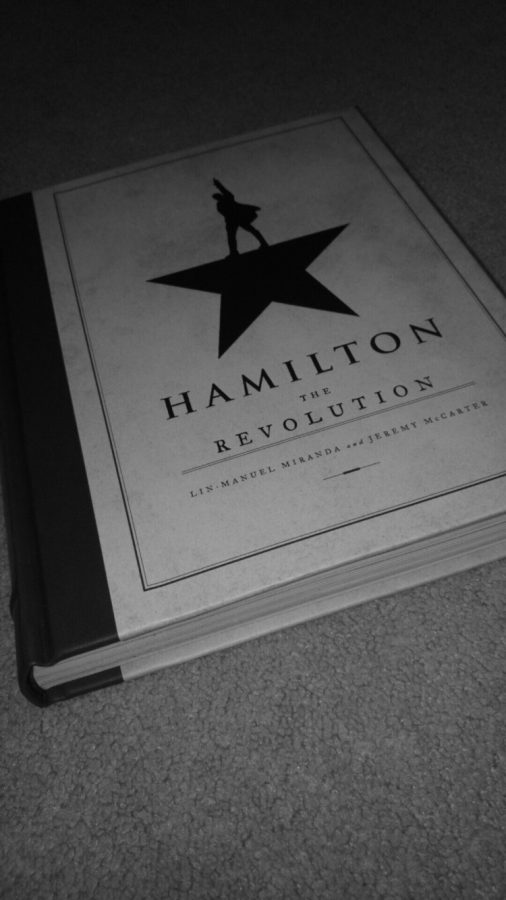 I am addicted … to a musical. “Hamilton” is the name, and I’m sure that you’ve heard it. Pretty much everyone has been talking about it lately. If you have been living under a rock for the past year and haven’t heard of “Hamilton,” or you don’t know what it’s about, it is a (now Broadway) musical written by Lin-Manuel Miranda. The musical is about the life of American Founding Father, statesman, Washington’s right-hand man, and the first Secretary of the Treasury, Alexander Hamilton. The musical has a heavy hip-hop influence with many rap solos and beat-boxing parts. At the White House Poetry Jam on March 12, 2009 Lin said, “I’m working on a hip-hop album. It’s a concept album of the life of someone who I think embodies hip-hop, Treasury Secretary Alexander Hamilton.” Of course, everyone laughed at the time, but they were impressed by a newly written song called “Alexander Hamilton,” which later became the first song on the Hamilton Mixtape. The musical made its Off-Broadway debut at The Public Theater in February 2015, many years after it was written. It sold out quickly. The show transferred to Broadway in August 2015, after receiving lot’s popular feedback. Tickets were selling faster than before. In 2016, Hamilton received a record-setting 16 Tony nominations, winning 11 of them, those including Best Musical, and was also the recipient of the 2016 Grammy Award for Best Musical Theater Album and the 2016 Pulitzer Prize for Drama.

In April of 2016, a cell phone video of the entire production of the musical Hamilton was on YouTube. Many watched it, until it was deleted soon after, completely erased from the internet it seemed. I was part of the group of people who were too late, and missed it. However, this totally does not stop me from adoring this musical. I have seen almost all the short clips you can find on YouTube, the live White House performances, the Tony performances, and have listened to every song in the musical multiple times. The way that Lin-Manuel goes about presenting all this information is astonishing. He makes the characters easy to love, and their individual personalities are very prevalent. My absolute favorite character must be Lafayette (Marquis de Lafayette), a French aristocrat and military officer. He has a bold personality with a lot of sass. It is so funny to listen to him rap with his thick accent.

Hamilton the musical will be coming to Atlanta in March-June 2018 and I may be getting tickets for my 16th birthday. It would absolutely be a dream come true. I recommend Hamilton to anyone who is willing to sit and watch/listen to Alexander’s life, family, friends, and other government powers from the 1700-1800’s for almost three hours. You will not regret it, and that’s a promise “sir.”