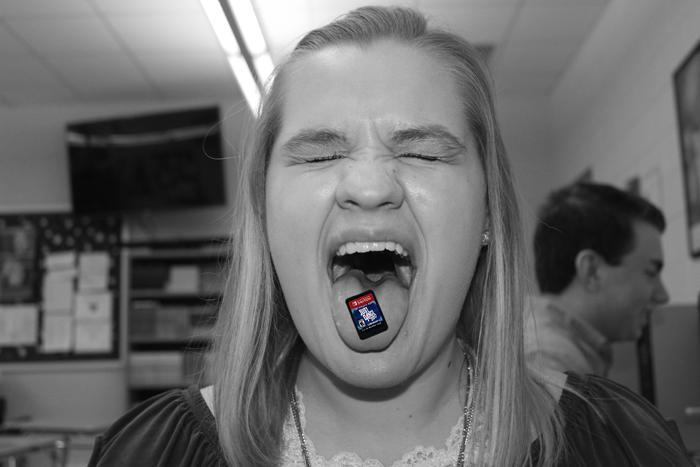 Nintendo recently released a new gaming console called the “Nintendo Switch.” It allows you to play in three different game modes. The game mode most often being played on YouTube channels, like “The Game Theorists” and “Dan and Phil Games,” is the table top mode which allows you to take the Joy-cons, or controllers, and play games against friends. It can also be in a hand held mode, which allows you to take it on the go. This mode is modeled after the Gameboy and DS handhelds. You can also play it from the TV mode. This console has been one of–if not the–fastest selling product that Nintendo has ever created.

One thing that was rumored about the games is that they were coated in something to make them taste horrible so that small children don’t accidentally try and eat them. Some YouTube personalities have tried to disprove this. They put a game that they have purchased on their tongue and let you watch their reactions. The duo, Danisnotonfire and AmazingPhil, have done it and showed us that it was not a rumor.

The one game that people like to play is the “1-2-Switch.” It’s like the game that came with the Wii console, “Wii Sports.” You use the Joy-cons with the motion sensors to play mini games with friends such as quick draw. Other games that have been released for the Switch have been a new “Just Dance” and a new installment of the “Legend of Zelda” series. Games that people have been hoping for have been games such as “Pokémon.”