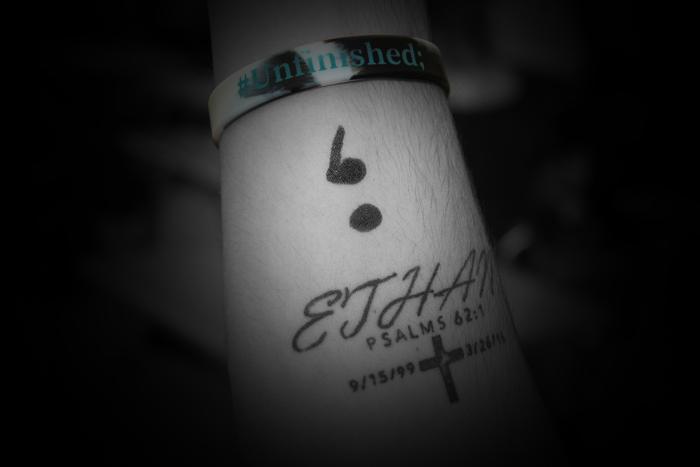 Depression is one topic that I really feel like is swept under the rug and isn’t talked about enough. Honestly, it’s not surprising that people tend to stay away from this topic because it’s a very touchy subject, and the people that do have depression aren’t very open to talk about it. I know what you’re thinking: “How can you write an editorial on depression, you don’t know what it’s like.” Well I’m writing this article because, one, more people need to be aware that this is an actual mental illness and not just sadness, and, two, because I have been battling depression since March of last year. Depression isn’t just a form of being sad; you can’t just think positively and expect it to go away. It’s a mental illness, something that takes a long time to even cope with and is something that could easily never go away. In the last year, we have had two classmates commit suicide because they struggled with depression and felt like they had no other choice than to end their lives. That’s the sad reality of not talking about suicide or depression: people feel like no one is there to help them and then feel alone. I’m here to do what most see as too sensitive–talk about the reality of depression and tell you my story of how I have dealt with depression the last year.

Let me start this out by telling you my story of how I experienced depression first hand and how it changed my life forever. For the first fifteen years of my life, I was always a happy kid; obviously I had bad times and times I was sad, but I always had a great life and a loving family. My parents divorced when I was really young; I was in fourth grade, and that was really hard to go through, but I got through it and realize now that it was for the best. I’ve lived in Ringgold my whole life where I attended Boynton Elementary and Heritage for both middle and high school. In my 15 years of life, I made many friends that I loved dearly. One of those was Ethan Gerrells, one of the students we lost last year. That is where my story begins.

My birthday is on March 25.  Yes, it is this Saturday.  Please hold your applause. Now I have always been a person who loves my birthday, whenever March begins, I start counting down the days until I get a year older. This was no different last year, and when my 16th birthday came, it was a great night. The next day, the day after my favorite day of the year, was when everything started to fall apart. I woke up that Saturday like any normal weekend:  woke up around 11, grabbed my phone and my computer, and immediately started scrolling on Twitter and working on an edit. It was just a normal day–nothing special until I got the text from one of my friends. It was 3:32 in the afternoon, and I got a text that said, “Did Ethan kill himself?” My immediate response was, “Gerrells? No way.” After about 20 minutes of scrolling through twitter, texting Ethan’s phone and some of his other friends and finally getting the full story, it finally registered. One of my best friends was gone–just like that.  No goodbye, nothing. Just gone. I laid in bed the whole day, in total shock and disbelief. I eventually got up to shower just so I could get my mind off everything, ate dinner, and then went to bed. The next day was Easter, and I honestly can’t tell you a single detail about the service because I was in a daze the whole time.

I knew going back to school was going to be the toughest thing in the world; I had math class with Ethan, so I knew I was going to have to deal with everything then and there. Well school started, announcements came on and Mr. Bradford tells us that if any of Ethan’s friends or classmates want to come down to the theater to grieve and just talk about him that we could. After being a little hesitant, I eventually got up out of my seat and started walking to the theater. Immediately, every emotion hit me, and as I walked into the theater and sat down with my friend, I started crying and crying. I continued to cry until the event ended and I had to go back to class. I went to math that day and immediately felt his absence. In a nutshell, that whole week was absolutely dreadful and I could go on and on about it, but I have way more to tell you about my life after the initial shock.

The school year came and went, and I honestly didn’t care at all–about anything. Stopped caring about my grades, lost interest in a lot of things I loved before everything happened. I knew something was wrong with me; I knew that Ethan’s death affected me very deeply. I told my mom everything and let her know that I thought I needed to go to a therapist over the summer. My mom agreed, and she booked me an appointment. I’ve never really been one to be huge about sharing my feelings, so I didn’t click with my therapist well. That was just me, though; therapy is a great tool for dealing with depression. Now the summer was relatively easy; had my bad moments, but in all, I was okay. Went on a church trip, grew closer to God, and came up with a tattoo idea. I know: weird, but it makes sense. The summer as a whole, with all the vacations I took, the family time, and the alone time was exactly what I needed. Then came the hardest part: school starting back.

Now, I’m not saying I was “cured” of my depression over summer and then it just reappeared when school started back. I still battled with it all summer; just going back to school made it multiply by a thousand. A lot has gone right for me this school year: I got an amazing girlfriend, and I still have great friends and family. Back in late October, early November, I had just met my later to be girlfriend, but for some reason, I was at rock bottom. Nothing seemed to help my depression, and I continued to hear voices telling me that I was alone, worthless, and that I should end everything. The whisper became a voice which became a deafening scream. Things just didn’t seem to be getting better. I was sleeping too much, I couldn’t focus, I had lost interest in everything, and I stopped eating. Eventually, I realized what I had. I was seriously depressed and I needed help. I started antidepressants a little over a month ago, and they definitely have helped me.

I could go on for so many pages and tell you my whole story of everything that I have done and how my life has been altered. I do know that this illness I have–this parasite that is nested in my brain–could very well never go away. Depression isn’t something you can just get rid of, cure, or just “shake off.” Too many times I hear people say to others–and I’ve had people say it to me–“Are you sure you’re depressed? Maybe you should just think positive and not be a pessimist about everything.” This irritates me and everyone who battles with or has battled with depression right to the core. We want nothing more than to think positive, not see the downside in everything, and not over-exaggerate every bad thing that happens. Depression is not just a type of sadness; it’s not something you can just get over. I think too many people see it as that, and that needs to change. Roughly 350 million people suffer from depression, and there are 121 people a day who take their own lives because of this disease. Now, people who commit suicide have depression, but more sadly, when someone deals with depression, a common result is suicide. We can help stop it, and it’s really simple. Talk to your friends, be nice to everyone, and just be a helping hand. This is said so much, and its sounds like a cliché, but it’s a cliché for a reason. It’s because it is true. Just don’t let someone who has depression–or who has had depression–feel alone.

I hope I have spread some light on this dark subject with my story. My message to people battling depression … don’t give up; never give up. You’re not alone; you have family and friends who love you. Lastly, my message is to people who have never battled depression: odds are you have someone in your life that is battling it, so be a helping hand and don’t let them feel alone.

I feel like the best way to end this article is with a quote, so here it goes. “If someone trusts you enough to tell you personal things such as their struggle with depression, please don’t be a heartless person and brush it off by belittling it just because you’ve never experienced it. It feels awful to be told your feelings don’t matter by the one person you actually trusted enough to tell.”