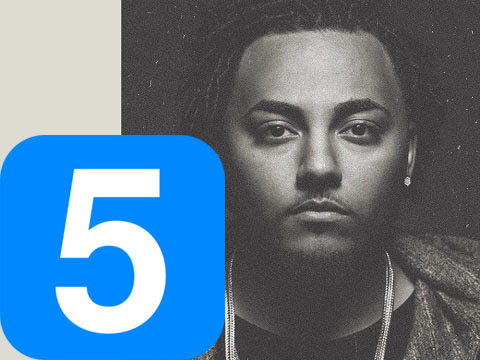 On February 17, rapper Steven Malcolm released his self-titled debut album “Steven Malcolm.” His album was produced by Word Entertainment, the label behind other artists such as Skillet, Switchfoot, and For King & Country. His album has received generally positive reviews. While some have been praising it I feel that it’s mediocre at best. With Lecrae, Trip Lee, and Sho Baraka being heavyweights in the Christian hip-hop scene he aspires too hard to be unlike them and be more mainstream like Kendrick Lamar or Chance the Rapper. What happens because of this, is a rather bland album that shows a man trying too hard to be edgy but at the same time making clean music. This becomes a rather interesting dilemma going on in Christian rap at the moment. Take for example Sho Baraka. In his album “The Talented 10th” he used profanity including the N-word (justified in context though) and he used profanity on his latest album “The Narrative.” But because of his use of an anatomical term on “the Narrative” Lifeway decided to pull the album off their shelves. Because of his choice of words, Sho Baraka suffered a major loss considering his listeners are mainly Christians. Yet, artists like KB and Trip Lee tend to hold back on their choice of words as to not alienate their core audience. I just feel that if Steven Malcolm wanted to be more mainstream then he shouldn’t have held back.

The album begins with the dismal song “Hot Boy.” I don’t know what Steven was thinking when he wrote the song.  It’s honestly one of the worst songs I have heard. To me it just seemed too much like a rip-off of the Weeknd’s song “Starboy.” The second song “Fire” is pretty lit (yes, that pun was intended).  It’s a fusion of two of my favorite genres of music: rap and reggae. This song is what the whole album should’ve been like. It’s a phenomenal rap song due to Malcolm being able to keep the rhythm going. “Ain’t no low key with that Kobe we came with the rocket /Kamikazes when that drop boy it’s ’bout time to clock it/I live by hope dealin’ forgiving no chilling/When that heat come bro ripping, dope with, it hope sipping, living water fulfilling.”

“Party in the Hills” is just average. Guest stars Hollyn and Andy Mineo do their jobs but unfortunately, Hollyn has such a generic hook that her amazing vocal talent is watered down. Andy Mineo didn’t need to be in song but he was for some reason, I guess Malcolm needed some star power to add to his guest list. “Leh Get It” is an enjoyable rap song. It offers a fun beat and enjoyable lyrics.

In the end, is “Steven Malcolm” a great album? No, definitely not. Is it bad? Sort of. It has a lot issues but there several things that I did like about the album. Unfortunately, I have to give the album just a five on a scale of one to ten. I liked some songs, but the album as a whole isn’t as good as I wanted it to be.