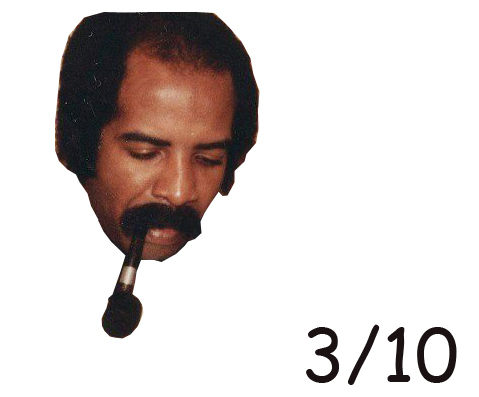 Disliking Drake is not a controversial opinion. Drake’s well publicized relationship with haters has existed through his beginnings as a big baby, his peak popularity period as a big baby through the famous Meek Mill beef, and his current standing as, you guessed it, a big whiny-baby. I’m not going to walk back through his years of commercial gold, because you probably already have opinions on them. I’m not here to reaffirm anyone’s opinion but my own, and that is that Drake has transcended his past crimes of whining, being a petty jerk, and making cloudy spacy R&B jams. He’s taken it to the next level, combining the god-awful beats and lyrics present on “VIEWS,” a healthy dose of fake patois, and somehow, a negative amount of inspiration and mixed them all together for one of his worst projects yet, “More Life.”

“More Life” is not being marketed as a full length album, but as a playlist; aka more reason for publicity about this horrible record. The only reason I can think of besides that is that Drake knew how bad this record was, and didn’t want to call it an album, so now it’s a playlist. That’s ridiculous. This “playlist” is 22 tracks long, but it isn’t as excruciating as one might think, mostly because I remember almost none of it. It’s wallpaper. Anthony Fantano once joked about giving albums a “vibe” score of how much you could enjoy it in the background. If I were rating this album on that scale, it would get a five, but I don’t rate albums based on how much I vibe with them. “More Life” is an hour and a half of Drake talking about his “tings” in a fake accent, giving struggle bars left and right, and throwing in a laundry list of “alternative” hip-hop features. Don’t be fooled by the feature list, because no one sounds good on this album. Not even Kanye sounds good on it. It’s all washed-out and pointless dancehall and boring “Hotline Bling” rehashes. “Fake Love” is catchy, but the instrumental is horrible and the lyrics are attention seeking whines about people stabbing Drake in the back.

Drake needs to go away. He needs to either reevaluate his life or stop making music, because I’ve had too much of the fake patois, the sleepy instrumentals, and the laundry list of hilarious struggle bars. “More Life” is awful, Drake’s whitewashed dancehall is awful, and Drake’s fans are almost as bad.