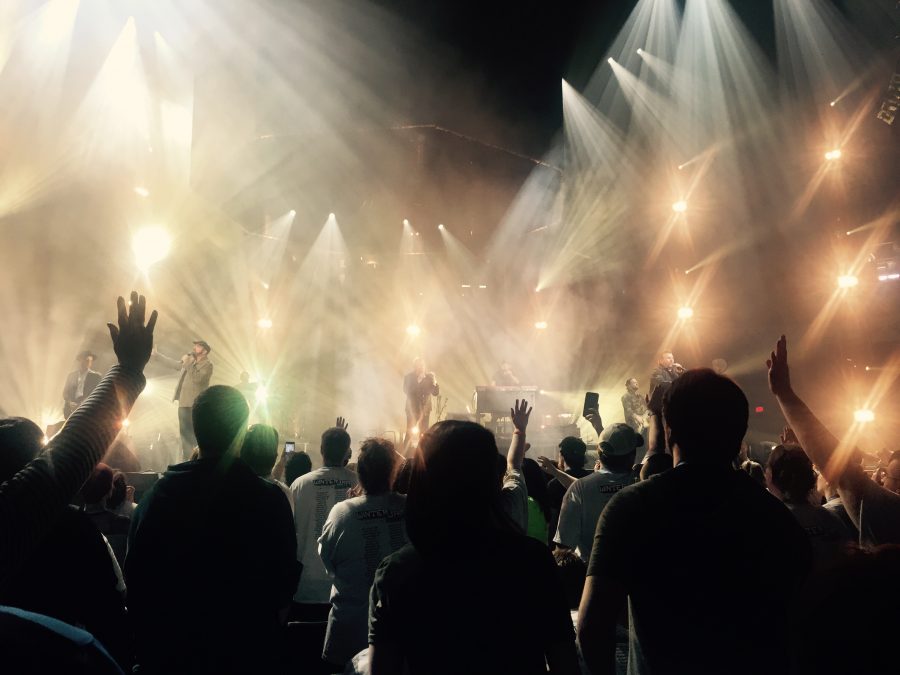 This past weekend I was able to attend the 2017 WinterJam Tour Spectacular at the McKenzie Arena in Chattanooga, and I now understand what people mean when they say that they are experiencing PCD, also known as post-concert depression. I believe that I mentioned in my pre-jam article how I had never been to a concert prior to this one, so this entire event was completely new to me. When I initially bought the passes I had didn’t really know what I was getting myself into; I just had a feeling that it would be a fun and cool experience.  Looking back, thinking of the event as “a cool and fun experience” is certainly an understatement.

Because I was fortunate enough to get the Jam-Nation passes, I was able to go into the arena before the general admission to choose my seat. As I also mentioned before, Seth and I were able to go to the concert together, so as soon as we were welcomed in we immediately searched for a seat that would satisfy us for the night. When we walked in, we noticed that there were obviously hundreds of the standard fold-out arena seats to choose from, but there were also a few seats on the floor that hadn’t been taken yet. After searching for a minute or two, we were able to find two seats that weren’t saved, and claimed them to be ours for the night. We sort of instantly realized that these seats were more than descent because they were less than ten rows back from the stage; as Seth stated “we could see dimples on cheeks, we were so close.”

Before any music began, there was a short Q&A, hosted by one of the speakers Sadie Robertson, with some of the artists that would be performing that night. After a little while, the event moved on to the “Pre-Jam Party,” that featured the opening artists. This included Steven Malcolm, Sarah Reeves, and OBB. These acts were really fun, and they did a great job of getting everyone pumped for the upcoming acts. It was also cool to see that OBB was performing at this event, because just two years they were the featured band at our Disciple-Now event here at Heritage High.

Following the opening acts, the longer performances were brought out with short breaks in between. Some of the breaks even included short messages from the speakers, and one of my favorites was undoubtedly Tony Nolan. One thing that I wasn’t necessarily expecting from WinterJam that definitely surprised me in a good way was how different each act was. Every one of the performances featured a different genre of Christian music, making the concert overall one that any and everyone could enjoy. Honestly, I didn’t even realize how many genres Christian messages could be used in, and I was genuinely impressed by this, along with the talent that was displayed all throughout the night. The acts included hard-­­rock with Thousand Foot Krutch, a more standard rock with NewSong, hip-hop and rap with Andy Mineo and Steven Malcolm, pop with Britt Nicole and Sarah Reeves, more contemporary with Tenth Avenue North and Colton Dixon, and an honest mix of several different genres from Crowder.

I would highly recommend this concert to anyone who has the slightest desire to attend. It was such an amazing experience, and you will not regret going if you choose to. There’s genuinely nothing like hearing an entire arena of people singing the same songs without flaw, and knowing that it all really means something.