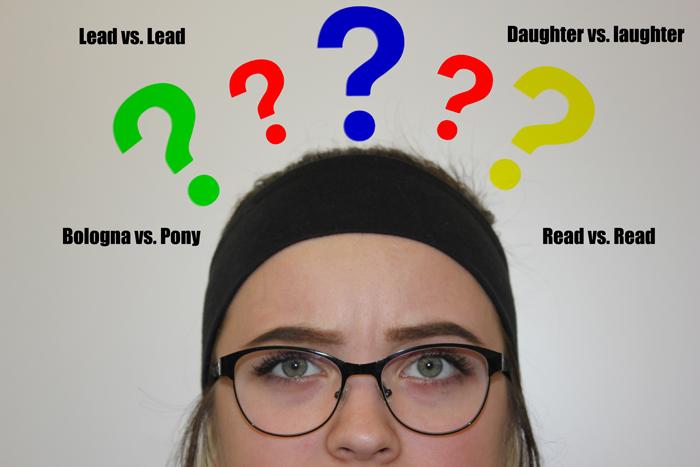 Around eight centuries ago, the English language’s creation was started. It is by far one of the most confusing languages to this day in my opinion, and in the opinion of many others. Spelling was being established while pronunciation changes were underway, making the spelling of a lot of our words confusing, like ‘colonel,’ who thought of that one? Middle English was becoming Modern English and people were constantly finding new spelling variations, making everything very difficult, with people adding in letters to “look fancy,” like the word beauty. Beauty was spelled using many variations such as: bealte, buute, beuaute, bewtee, bewte, beaute, and beaultye. The French that were coming to England were also bringing their own words over during this time, resulting in some of these words: people, jeopardy, muscle, marriage, and autumn.

This is just a few of many confusing things about our language. Don’t even get me started on homonyms, homophones, heteronyms, and homographs. You can blame words that are spelled the same but mean two different things on homographs and words that mean the same but are spelled different on homonyms. Then we have singulars and plurals, like goose and geese and index and indices. There are also many crazy inconsistencies in the English language like “On her farm, a woman worked to produce produce.” In fact, there is a whole poem written on these called ‘The Chaos,’ written in 1922 by Gerard Nolst Trenité.

I couldn’t imagine trying to learn English as a second language, it is hard enough for me, a native speaker, to understand. Many English speakers don’t understand these occurrences either, they just don’t make sense, but somehow, they’ve stuck.