WE FINALLY HAVE FOUR 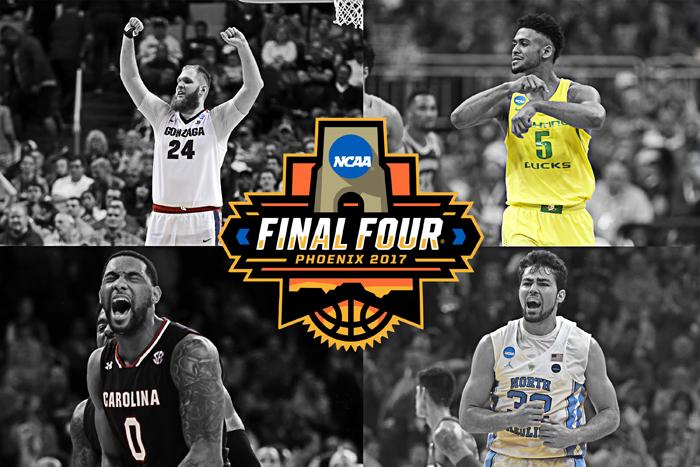 The NCAA tournament has been going on for exactly two weeks now, and we are already to the Final Four teams. When the tournament started, almost no one saw the outcome of the first four rounds as we have South Carolina, Gonzaga, UNC, and Oregon left standing. When you make a bracket, the number one advice anyone who watches the tournament will give you is to never pick all four number one seeds to make the Final Four. This feat has only happened once and it stays that way this year as only two number one seeds made the Final Four, UNC and Gonzaga. This tournament has absolutely lived up to the hype that everyone gives the tournament every year. It was filled with upsets and heart breaking shots. Let’s just do a rundown of how these four teams got to this point.

I’m going to start by going over the Cinderella team of this tournament, the South Carolina Gamecocks. This team came into the tournament as a seven seed and, in my opinion, was ranked fairly for how they played in the regular season. They were never a “great” team but they were one of the better teams in the SEC. Towards the end of the season, right before the start of the tourney, this same team went ice cold. They couldn’t find their rhythm and lost early in the SEC tourney. Suddenly, the Gamecocks caught fire and stormed through the East region of the tournament bracket and are in the Final Four. It was no easy road for them as they had to go through, a good Marquette team, upset the tourney favorite in Duke, turned around and dismantled the Baylor Bears, and finally they defeated the Florida Gators in the Elite Eight. They defensive performance in the tournament has been a thing of beauty and makes me think that they have a legit shot to win the whole thing.

The other three teams were some of the highly picked teams to make this far in the tournament. UNC was a dominant team yet again as they defeated the Kentucky Wildcats in the Elite Eight in one of the craziest games of the tournament. Over on the West region of the bracket, we have Gonzaga coming in and looking to win their very first NCAA National Championship.  The final team of the Final Four is the Oregon Ducks. This team made a good run in the tournament last year but ultimately fell short. Now they are in the Final Four and have a great shot to win it all. All I can say is to get ready for these last three games of the tournament, because they could get hectic.