HE’S ONE OF OUR OWN 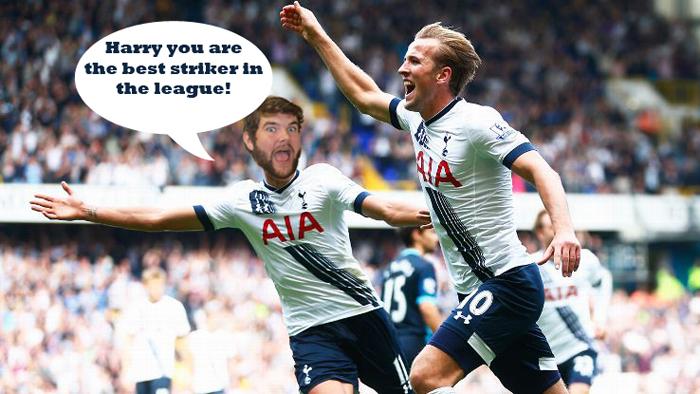 Harry Kane is undoubtedly the best striker in the Premier League. I have been watching the Premier League since his breakout performance three years ago. Since he burst on the scene scoring twenty plus goals in the 2014-2015 season, and from then on he has become a consistent goal scorer for Tottenham Hotspur.  Last year he won the Golden Boot in the EPL  given to the player who scores the most goals in the league that season, and is on pace to win it again. Only seven have scored more goals than Harry in their first one hundred premier league appearances. Names included in that seven are the likes of Thierry Henry, Luis Suarez, and Alan Shearer. So he is in company already with some of the greatest players in the history of the premier league.  Another reason I believe he is the best striker in the league is no other player is as valuable to their teams as Harry Kane. He has carried his team each year since his rookie season for Tottenham, and each year the team has finished higher and higher in the premier league table.  Because he is injured for at least two more weeks as of right now it will be interesting who scores goals for Tottenham now that their main man is down, and if they can keep their second place in the table. I do not believe that the Spurs will be able to do this if he is out longer than expected because out of their fifty-five goals he has nineteen of them that are thirty-six percent of their total goals this year. This is why I believe Harry Kane is the best striker in the league right now.