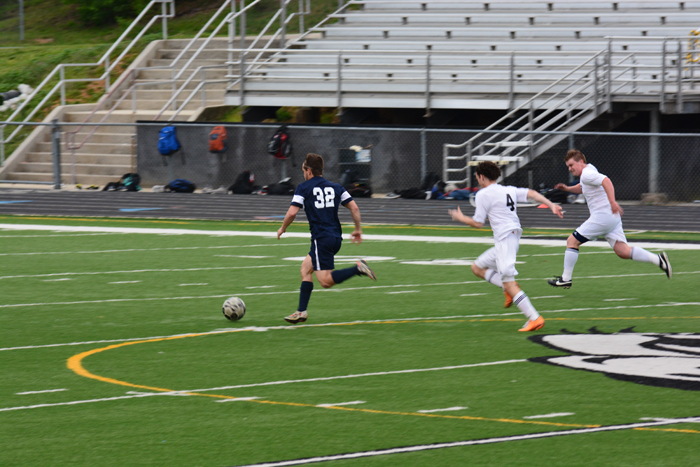 When I last wrote an article about our boys’ soccer team it was a rather sad story about a 5-1 loss; however, since that loss the boys have improved rapidly. They have one of their needed four region wins to make it to state, and if the second half of their game versus Ridgeland was not cancelled, they would surely have two region wins. This year all the soccer coaches have talked about is challenging their team to be the best they can be, and making it to state.  Last year the boys won two of their four games and missed out on state because of two games, they should have won a 2-1 loss to Gilmer, and a 1-0 loss to Ridgeland. Most of the juniors on that team last year are looking forward to avenging those losses and making up for their mediocre play. One senior doing just that is Jameson Wright. Last year Jameson played defense and had never scored a goal in his high school career. However this offseason saw him move to striker and he now is the leading goal scorer with almost twenty goals. His combination of strength and speed is unmatched in the region, and he bullies whoever he wants and forces the ball into the net.  Just behind Jameson in the goals category is Ethan Demo who in recent games has became a goal scoring fanatic. In their game versus Woodland alone he scored five goals by himself, and he has that ability every game because he is the best player on the field when he decides to be. Those two are sure to always keep the games exciting here at Heritage so whenever you hear about a soccer game coming up be sure to stop by, and watch our Generals!