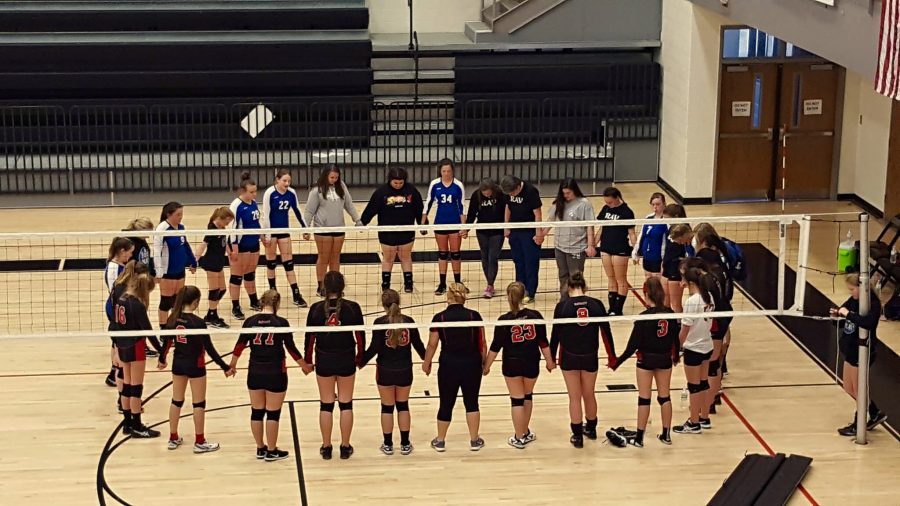 ‘In 1895, the game Mintonette was created by William G. Morgan to combine handball, basketball, tennis, and baseball. You might know this famous sport by its more relevant and popular name, volleyball. I was introduced to volleyball around the age of 9, in the fall, when the YMCA started their first seasonal volleyball team. I also received volleyball lessons from a junior at Heritage at the time, Kendall Washburn. I played for the YMCA for many, many years, and really grew to love the sport. It is very much so a team sport, you can’t play a game without everyone pitching in and doing their part. This is one of my favorite things about it. You can’t really be a “ball-hog” in this sport either, everyone has their own skills and things that they do better on the court. The game also happens very quickly, and requires the ability to make impulse decisions and to think through strategy before you go through with a play. I generally play back row and the sixth position, which is middle back/libero.  The back rows’ responsibility is to bump the ball to the setter so that they can set the hitters who then spike or tip the ball over the net, (with some variations depending on how everyone is playing/what the smartest choice would be.) I am currently playing for a select team called Impact. We had a tournament this past Saturday, April 8, 2017, in Rome, and we placed second in the silver bracket. I have grown very close to the girls that I have played with over the years. In fact, my current best friend, Faith was on the first YMCA team with me and I have played with her on different teams over the span of the past few years. I really recommend volleyball, if not to play it, then to watch it! College volleyball comes on TV and there is Olympic beach volleyball too.