EDITORIAL: RACE OF A LIFETIME 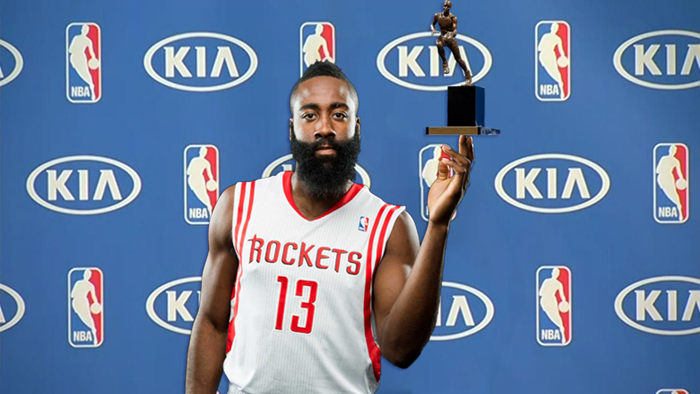 The NBA season is coming to a rapid end and everyone has their eyes on the MVP race of the century. A year after Stephen Curry, PG for the Golden State Warriors, won the very first unanimous MVP award, all basketball fans were hoping for a more competitive race this year. Well, they got just that as James Harden and Russell Westbrook are so close in this race, it’s literally impossible to really know who’s going to win. We are literally witnessing history when we watch Russell Westbrook play. He is only the second player in history to average a triple-double all season. If you don’t know what a triple-double in basketball is, it is when you get double digits in three different stat categories. The fact that Westbrook is averaging a triple-double the whole season would make you think he has the MVP Award all locked up, but that is not the case. James Harden is having a phenomenal season as well and is right there with Westbrook for the MVP. I’m going to give you my take on these two players and who I think deserves the award.

Let me start by giving you the argument for Russell Westbrook and some points as to why he doesn’t deserve it. Let me start with the obvious, Westbrook is doing something that hasn’t been done in 60 years! That in itself is so impressive and makes me glad I am alive to witness this historic feat. Westbrook is averaging 31.9 PPG, 10.7 RPG, and 10.4 APG which is just absolutely insane. Now, a lot of people are jumping on Westbrook right now and saying he is “stat padding,” and they have a strong case for it. They show video evidence that his teammates let him grab the rebounds to give him his double digit rebounds every game. If you take out uncontested rebounds per game, Westbrook is averaging 1.7 RPG. That is a very prominent stat and says a lot about what he is doing. Now, I don’t have a problem with what the Thunder is doing for Westbrook. They are getting their best player the ball and helping him achieve history. Another reason why people don’t think he deserves MVP is because the Thunder are currently fighting for a playoff spot. MVP always factors in team success, which gives Harden an edge. With that being said, let’s jump into Hardens argument.

Harden use to be Westbrook’s teammate a few years back but the Thunder couldn’t sign him back so he went to the Rockets and became one of the best players in the league. Harden is averaging 29.1 PPG, 8.1 RPG, and 11.2 APG and those stats aren’t far off from Westbrook. Harden made the transition from a SG to a PG this year and it is paying off massively for him and the Rockets. His obvious position is a floor general so this change was exactly what he needed. People are pushing Westbrook above him without a second thought because of the stats, but if you look at Harden’s he only needs two more assists per game to average a triple-double. Also, like I said early, the Rockets and Harden are dominating the West right now and have a great shot to compete with the Warriors and Spurs to make it to The Finals.

With all of this being said, I fully believe that James Harden is going to win MVP of the league. Westbrook is making history as we speak, but Harden has the better team success and his stats are just as appealing as Westbrook’s. I’m ready to see if my opinion is correct but we’ll just have to wait for the day the finally announce it.