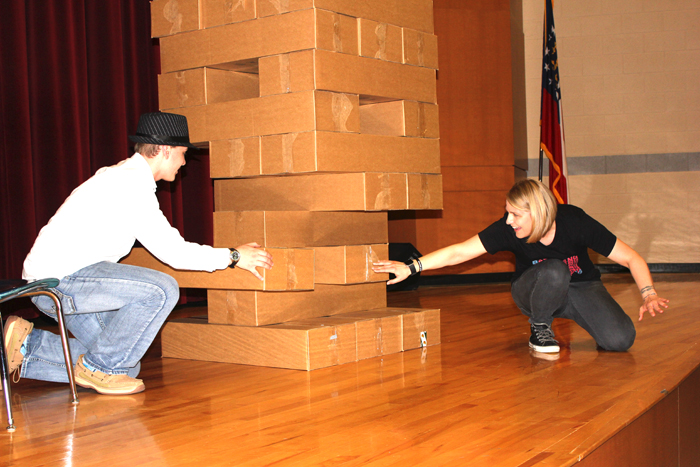 On March 29, the author Courtney Stevens who wrote the novel “Faking Normal” visited the school. She was here during lunch to eat with everyone in book club and stayed during third block to speak. She answered questions about her multiple books and short story, as well writing in general. For her, she enjoys writing about trauma that is not personally applicable to her own situations, but there are things that she has written that are more personal to her. Along with “Faking Normal,” Stevens also wrote “The Lies About Truth” and “The Blue-Haired Boy.” “Dress Codes for Small Towns” is another book that is yet to come out. “Faking Normal” is a teen fiction novel about overcoming trauma, and this book has plot twists that you would never expect as well as a strong theme.

The book club read this earlier in the school year, and when I first read it, I could not get over how Stevens was able to direct the thoughts that the reader would have so well; every time I began to think that I had figured out the book and the protagonist, Courtney Stevens changed it once again. One especially entertaining aspect from Courtney Stevens’ speech was the game of giant Jenga that she initiated. She spoke about how it was symbolic of the failures in life that require one to “rebuild” and start over; this was further compared to her career in writing. According to her, she had to throw away over 1,000 pages of her original writing for “Faking Normal” to get to the completed version that she felt she was ready to publish. After it was published in 2014, this book later was given the Young Readers Choice Award.