IN SILENCE, FAITH IS LOUD 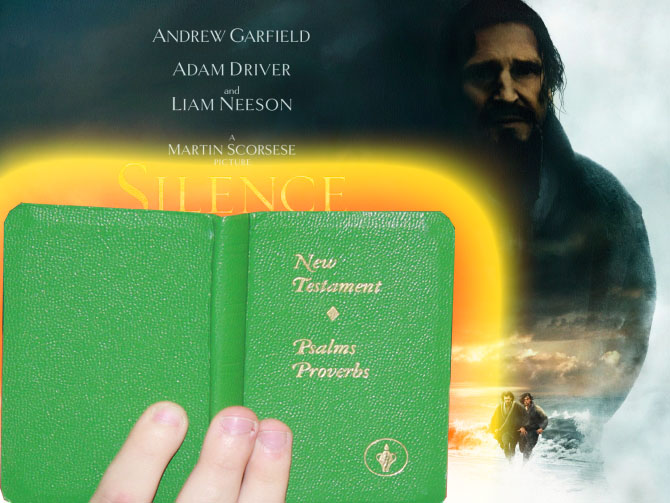 “But I say to you, Love your enemies and pray for those who persecute you” –Matthew 5:44

Merriam Webster Dictionary defines persecute as “to cause to suffer because of belief.” Martin Scorsese’s new film “Silence” is a gut wrenching and emotional journey that touches and gives an extremely realistic depiction on the subject of people being persecuted for their faith.

“Silence” is about two young Jesuit priests during the 16th century that go to Japan in search of their former mentor who is rumored to have apostatized (committing an act of refusing to continue to follow, obey, or recognize a religious faith). They then secretly propagate Catholicism and endure many trials throughout.

Renowned pastor Charles Spurgeon said persecution is “To forsake the Lord through persecution is to set time before eternity, to barter heaven for this world’s pleasures, to renounce eternal life for a few hours of ease, and to involve ourselves in endless misery rather than endure a stupid jest or a senseless jibe.”  In “Silence,” viewers are subjected to countless tests of faith alongside the Japanese and the priests. Christians are burned, beheaded, starved, harassed, hung upside down, and even tied to a cross in the middle of the ocean so that they can slowly drown to death (Spurgeon also commented on martyrdom by stating that “Never did the church so much prosper and so truly thrive as when she was baptized in the blood. The ship of the church never sails so gloriously along as when the bloody spray of her martyrs falls on her deck. We must suffer and we must die, if we are ever to conquer this world for Christ”).

Liam Neeson plays Father Ferreira, a father that has supposedly apostatized. This serves as another form of torture for the two young Jesuit priests since He was their mentor. Liam Neeson is a very talented actor (Have you seen “Schindler’s List”?) and his acting talent is put on full display here. From the very beginning you can see how emotionally overwhelmed and weary he is.  Even in his darkest moments he plays it off with such bravado it reminded me of Hannibal Lecter in “The Silence of The Lambs”. There’s one scene where he is just interrogating and testing this one person and it is emotionally overwhelming. “I do because you are just like me. You see Jesus in Gethsemane and believe your trial is the same as His. Those five in the pit are suffering too, just like Jesus, but they don’t have your pride. They would never compare themselves to Jesus. Do you have the right to make them suffer? I heard the cries of suffering in this same cell. And I acted.”

Adam Driver (known mainly for his role as Kylo Ren in “Star Wars: The Force Awakens”) plays Father Francisco Garrpe; one of the two Jesuit priests. He’s definitely a more by the books Priest. When asked by villagers what to do when their tested by the inquisitor and his men, Andrew Garfield says “Trample” while Driver is adamant that they can’t or else they are endangering their souls. His acting is top-notch. It’s definitely a step-up from his previous roles. I’m surprised that he didn’t get at least nominated for best supporting actor.

Andrew Garfield plays Father Sebastio Rodrigues the second Jesuit priest that the film devotes almost all of it’s time to. This is Andrew Garfield’s second move in which he plays a young man that tries to stay true to the faith with the first being “Hacksaw Ridge”. I’m not quite sure which performance I liked more. His performance is worth an Oscar (which he was nominated for his performance “Hacksaw Ridge”). He also lost a ton of weight for the role. I’m not talking like just 10 pounds or so; he was practically almost skin and bones (but not as bad as Christian Bale in “The Machinist”). His performance is at its most captivating towards the end when he’s trapped in a cell and is being verbally attacked by another character.

The cinematography is absolutely gorgeous. It was shot by the same person who helmed “The Wolf of Wall Street.” It reminded me a lot of Alejandro G. Inarritu’s film “The Revenant.”

“Silence” is Martin Scorsese’s passion project and it truly shows. This film stands along the likes of “Goodfellas,” “The Departed,” and “Raging Bull” as one of his best films to date.