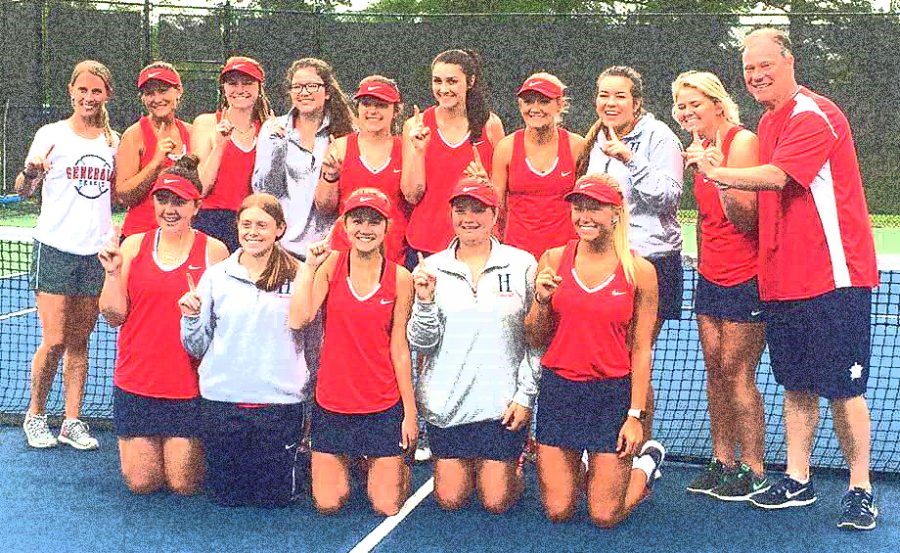 This spring has been a special one for our tennis teams as the girls’ team swooped up the region championship, and our boys had a close championship. So with our girls’ team winning the championship, and our boys coming so close, it has been an awesome season for all of our tennis players. Both teams will be hosting and playing in the state tournament, with the girls playing on the April 18 at home while the boys play on April 19. As I wrote at the beginning of the season, both teams wanted to be competitive in region play and make it to state, so both teams are, no doubt, happy with how they have done this year.

In other tennis news senior Reagan Christol has committed to play tennis at Bruton-Parker College next year. This is an awesome achievement, and her name is added to the already numerous list of seniors playing at the next level after high school. Congratulations to Reagan; we know her domination on the tennis court will continue at Bruton-Parker. But before she runs off to college, be sure to watch her play tomorrow.

Now on to the match-ups for each team in the state tournament: The girls will be playing Madison County. Madison County is the fourth seed out of their region, so our girls will have a shot at advancing. The boys may have a tougher time as they play St. Pius. St. Pius is the third seed out of their region, but do not let that distract you. They have an insanely hard region and are a perennial powerhouse in all sports.  Both teams will need all the help the fans can give them when they play, so come out and support our Generals!