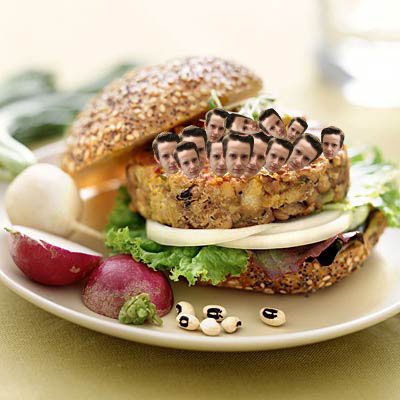 Out of all the foods that are in the world, my favorite food is a burger. Almost every time I eat out, I order one. I’m not picky, I just feel confident in any restaurant’s ability to make one of the simplest foods ever. I never get sick of it. A lot of people do this with other foods, like chicken tenders. I think that’s alright as long as they’re not eating chicken tenders at a Mexican restaurant or a Hibachi place. It’s acceptable if you’re trying to save money or if you’re six years old though. Most of the time, I ask for just a patty and two buns. I’ll accept a bacon cheeseburger, but I don’t prefer it. It’s too many tastes at the same time. I really don’t like vegetables in a burger, but none of them are as bad as a pickle. They ruin burgers. That’s not the only food that they ruin. There has been too many times when I’ve been enjoying a Chick-Fil-A sandwich and I bite into a pickle. I slowly pull away from the sandwich, slide it out, and throw it away into the bag it came from. Fast food burgers can go either way. The only burger I’ve had that I haven’t enjoyed whatsoever is a McDonalds burger. That’s to be expected with all of their food though. I wouldn’t crave a Krystal burger or ask for one, but they’re not that bad. Their size can make things weird. It’s hard to imagine someone being satisfied after eating just one. If I had to choose a fast food burger to eat, it would be one from Wendy’s. Burgers are usually good, they’re reliable, and it’s something from our culture we should be proud of.